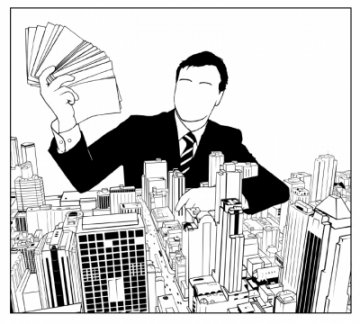 In summer of 2016, Brighton SolFed was organising with a Leaders tenant who was being evicted from their flat. Following a series of pickets, that dispute ended after an offer of compensation to the tenant. You can read more about that dispute here dispute here.

Here, another Leaders tenant from a nearby town, who contacted Brighton SolFed during the summer dispute, tells her story about how she has been mistreated by Leaders, particularly about how they have neglected the property and tried to evict her and her partner by bullying them.

Please note that this article contains some discussion of mental health slurs.

My partner and I moved into a property through Leaders lettings in November 2015. From day one there have been problems. The manager of the branch offered us long term and that is not what we got. We also noticed a number of repair issues when we moved in. The windows were old, rotted and falling off, and the flat was freezing. Leaders said that the flat would have storage heaters, but it didn't; it just had convectors that did not work. In addition to this, the bathroom sink, toilet and bath was loose, and there was damp and mould that had to be painted over in the bedroom, and lounge floorboards that moved up and down.

In January 2016, new windows were fitted, but they were very bad quality. We also noticed that the landlord did not want to communicate with us. I asked the branch manager why and he said it was because I am 'mental' and that the landlord wanted nothing to do with us.

Just before May 2016, we took our grievance further and put in a formal complaint to head office. That is when Carole Charge, a senior member of staff, became involved. She was rude, accusing us of making up the disrepair and lying about the branch of Leaders that we were complaining about. We went to the property ombudsman but they just took Leaders' side. All they said was that Carole Charge is right. Our complaint is still ongoing.

In July we had an inspection with Environmental Health, and Carole Charge attended it with Ian Colban, also from Leaders. Carole kept having a go at me and my partner, saying that she did not think the disrepair was as bad as we claimed. Even after I had received an electric shock in the flat she still took no interest.

A surveyor's report was completed for the landlord. However, he claimed there was nothing wrong and that he could only talk to the landlord and not us. When the report came, it was for the attention of Carole Charge and not the landlord. It was also full of lies, which we have reported to the Royal Institute for Chartered Surveyors.

Carole Charge then accused us of having rent arrears, despite the fact that the rent was paid in advance.

We went to court in September for the Possession Proceedings. The landlord did not turn up and instead sent the branch manager and a barrister. Leaders still claimed we were in rent arrears. The judge asked how that could be when Leaders had the receipt for 6 months' of rent paid in full.

Within weeks the landlord withdrew proceedings and we started to look for a new home. However, we continued to have almost daily dealings with Carole Charge regarding the disrepair. At times we had no hot water. These dealings took up all of our time.

By October, the landlord had issued another Section 21. We went to the hearing in January 2017. At the court no solicitor turned up to represent the landlord. Our barrister was there, as was Carole Charge, armed with the lies from her surveyor's report. When we went into the courtroom, Carole said that the landlord needed possession immediately and the judge gave us a 14-day eviction order.

In late January 2017, we were still at the property, having just given one month's notice. We have paid the last month in rent and are moving to a nice place. We cannot wait.

Even after giving notice and paying the last month's rent we are still having problems, now with Daniel Dowling who works for the group Romans lettings who have merged with Leaders. He has taken over from Carole Charge and is just as rude and unhelpful as she was.

This clearly goes to show that regardless which representative of Leaders you are dealing with, their primary concern is protecting the interests of the agency and the landlord, and not for the welfare of tenants.

The effect this has had on my partner and myself is very severe. My nerves are bad, and I am always feeling worried that the staff will do something to me. I have had lots of harrasment and abuse, they have ignored us, and they have made our lives a misery.

Hopefully sharing my story will encourage more people who have had dealings similar to ours, with Leaders or any other agency, to come together to support one another to fight back against exploitative lettings agents, so as to improve conditions for everybody.

This article was published on 16 February 2017 by the SolFed group in Brighton. Other recent articles: