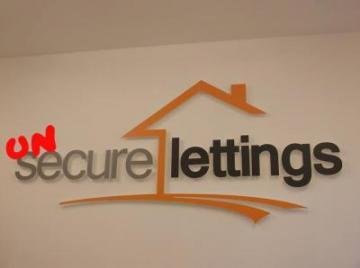 Landlords and letting agencies continue to exploit the vulnerable and transient nature the current housing sector forces tenants to live in. In the beginning of 2017, three prospective tenants attended a viewing of a house in Wavertree managed by Secure Lettings. The tenants were assured and convinced by a member of staff that the visible damp problems were a result of the house being empty for a while. “Just leave the windows open often enough and it will sort itself out”. The house wasn’t perfect, not even ideal, but the tenants decided to trust the agency and begin living there.

A couple of months passed and the damp turned to mold. Mould spores began to affect one of the asthmatic tenants, disrupting sleeping patterns and causing fatigue throughout the day. After constant reminders from the tenants and a failure to respond quickly and properly to these concerns, a damp course was carried out two and a half months later. This had no effect as it wasn’t rising damp and the mould persisted throughout the 18 month tenancy.

Around the winter holiday period two leaks sprung simultaneously and water began to enter into the house. The agency were made aware of this and they expressed their frustration towards the tenants for persisting with their communications and conveying the detrimental effect their living situation was having on their physical and mental health, which later warranted diagnosis from doctors.

Tenants were soon informed that the house was being sold, but were reassured that the landlord wished to sell to an investor who would keep the tenants in the property. Unsurprisingly this didn’t hold true. Tenants were forced to live through a humiliating and invasive period of strangers walking through their house and personal spaces, deciding which walls they would knock down if they bought the property. The tenants were notified of a sale and were handed an eviction notice. In an inspection on the last day of the tenancy, staff at Secure Lettings acted in a physically threatening manner towards the tenants before marching them out of their own home after they had expressed their dissatisfaction with the management of the property.

Despite the house being left in a better condition than it was found, the landlord and agency saw fit to deduct a third of the deposit laid down on the property. Tenants notified Solidarity Federation of the situation and with our support fought to retrieve their stolen deposit and gain compensation for the treatment they endured.

In a society and age that is defined by zero hours contracts, poor working conditions, unsecure living situations, mounting agency fees and poor housing standards, never has it been so important to challenge the position employers and landlords place themselves in. They maintain a facade of power and control. When the facts are laid out, it is clear that this is just a facade. When workers and tenants stand in solidarity, they cower at our potential. When we demand to be treated with respect and dignity, they fear us. This case is a testament to that fact.

If you have found yourself battling with irresponsible landlords or letting agencies, join the solidarity network. Join the Solidarity Federation.

This article was published on 21 November 2018 by the SolFed group in Liverpool. Other recent articles: