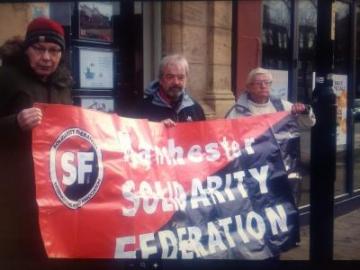 The 6 Brighton tenants’ treatment by Fox and Sons has been disgraceful. In February 2018 the 6 students paid £1650 agency fees as a deposit on a property they were due to move in on September 1st. On the 30th of August, the day before they were due to move in, they received an email from Fox and sons stating that they would be unable to move in on the agreed date of the 1st September. No alternative accommodation or any sort or compensation was offered, nor was a revised move in date agreed.

On 3rd September the tenants received a further email from Fox & Sons giving a revised move in date of 8th September. This was followed on the 6th September, by an email notifying the 6 people that the property had been withdrawn and they would no longer be able to move in.  They were informed that the letting agency fees would be refunded to them on 6th September but they were not actually refunded until 16th September.

Throughout this dispute Fox and sons have refused to communicate with the tenants, they have not replied to any of the many emails sent by the tenants to Fox & Sons. When the tenants telephoned Fox & Sons for updates, Fox and Sons regularly hung up on them.

Faced with nowhere to live at such short notice, the 6 tenants were homeless, and had to rely on friends who allowed them to sleep on their sofas. The search for new accommodation at such short notice was stressful, to say the least, and the 6 tenants had little choice but to rent accommodation that was much more expensive than they had originally intended to pay. The search for somewhere to live was also made more difficult due to the delay in refunding the money they were owed.

The 6 tenants are now demanding that Fox and sons pay them an amount equal to the difference in rent for the year on the more expensive property the tenants were forced to find at the last minute.

Due to the sharp rise in student numbers, there is a chronic shortage of student accommodation, allowing landlords to charge extortionate rents and treat tenants appallingly The only way to stop this is to take action and supporting people who are taking action.

This article was published on 17 December 2018 by the SolFed group in Manchester. Other recent articles: