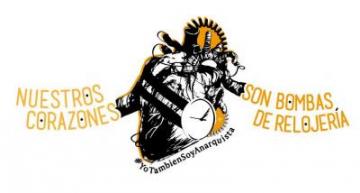 Judge Eloy Velasco freed a dozen of the arrested with charges, three from Barcelona and seven from Madrid. The Prosecutors requested admission in preventive imprisonment for five other people.

The morning of the 1st of April fifteen people who were arrested as part of Operation Piñata declared before the Audiencia Nacional. The two women and the men arrested in Barcelona were released that afternoon, but will to go to the closest court to sign periodically. Seven of those arrested people (in Madrid) face the same situation.

The Prosecutor, however, requested that five people had to be admitted to preventive prison. In fact, the lawyers who were in charge of the defense of the detainees learnt that morning that in the prison cell of the High Court (Audiencia Nacional) they were fifteen people waiting to declare, when until then, they thought that there had been just thirteen arrests.

Throughout the day of the 31st of March, a total of 37 people were arrested in the police intervention under the name of “Operation Piñata”. Thirteen arrests were ordered by the Central Court of Instruction No. 6 of the Audiencia Nacional, accused of belonging to Anarchist Coordinated Groups (GAC). Other 24 people were arrested on charges of theft and resistance to authority during raids at six social centers. The night of the 31st, this second group of thirteen people were released without going to court.

This article was published on 4 April 2015 by the SolFed group in Brighton. Other recent articles: