CNT-E has achieved recognition of the discrimination that Doctors Without Borders has committed since 2014 in their recruitment procedure. In that year, workers at the NGO managed to get their temporary contracts -whose use in this case was illegal- changed to permanent contracts. However, MSF did not change the contracts of two migrant workers.

The CNT (an anarcho-syndicalist union in Spain) workplace branch in Doctors Without Borders (MSF) in Spain is fighting against the precariousness of the fund-raising staff. MSF has been including abusive clauses in their contracts and also has been discriminating against migrant workers.

From Brighton, we want to show our solidarity with the comrades who have been arrested. We reproduce a text explaining the events that took place in Spain on March 30th.

(What follows is the translation of an article from the media, reproduced from a government press release. We are already aware of at least one other arrest; the case is still very much open. Protests have been called for in various cities tonight. The arrests are connected to the recent Operation Pandora).

The arrested have been accused of membership in a criminal organization with terrorist objectives, and of committing felonies relating to sabotage and the placing of explosive and incendiary artifacts. 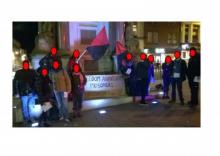 January 16th saw 4 SolFed Locals out on the streets in support of the anarchist prisoners arrested in Operation Pandora. Here's round-up's from two of our Locals:

From Brighton SF "..comrades & friends gathered around a 'Free Anarchist Prisoners' banner at a central Brighton landmark, handing out the dedicated flyer and an article written for the occasion. Around 20 attended in a good atmosphere while a busker provided music!"

From Bristol SF "Around 20 people marched to the Bristol International Brigades memorial Plaque in Castle Park for the event."

Protests also took place by Edinburgh SF (see previous article) and Belfast SF - as well as many more around the world. 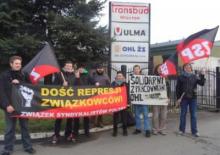 The past year saw the Sections of the IWA organizing more workplace struggles, more solidarity campaigns and more social protests than at any time since the decimation of the anarcho-syndicalist movement in the 1930s and 40s. Here the IWA Secretariat summarises international actions and local activities of the IWA Sections.

On December 6-7, 2014, an Extraordinary Congress of the IWA took place in Porto, Portugal. On the Agenda were unfinished items of business from the XXV Congress of 2013, plus new motions and initiatives. 80 delegates and observers from 13 Sections and one Friend organization took part.

Emotions ran high throughout the Congress. Again some outstanding matters need to go to the next Congress in 2016. A number of new iniatives were passed, including the creation of a media group, a historical project and the go-ahead for broad centenary celebrations in 2022.

We welcome the OLS from Sweden as new Friends of the IWA. We were all pleased to hear about their work and success in a few work conflicts and look forward to fruitful cooperation in the future. 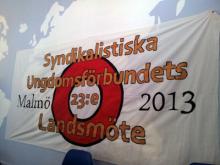 Earlier this month I attended the Swedish Anarcho-Syndicalist Youth Federation (SUF) Federal Conference in Malmö as an observer  from North London Solidarity Federation. This is the 23rd conference and in the 20 year anniversary of the group.

20 years ago the SUF formed in inpiration from the Central Organisation of the Workers of Sweden (SAC), the Swedish syndicalist union which left the IWA in dispute during the 50's. SUF was previously the official youth membership group of the SAC and today the two still work closely together. In Malmö, a small city in the South of Sweden, they share an HQ which allows the SUF local access to various resources and archives as well as a meeting space and office. 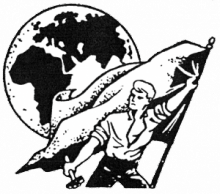 Due to unforeseen circumstances, including one of the key organisers and speakers having been taken seriously ill, we have had to reduce the conference to just Saturday 5th January 2013. Apologies for any inconvenience this may cause.

12:00 – 13:15 IWA - 90’s years of ideas & practice
For 90 years the IWA has been at the forefront of the struggle against capital and the state, a SolFed member with decades of experience as an workplace militant and long time IWA affiliate introduces the theory and practice behind anarcho-syndicalism. 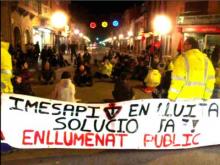