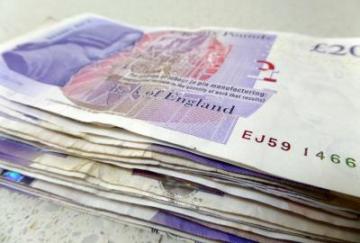 One of the most common problems faced by workers in the hospitality industry is the withdrawal of holiday pay. In an industry dominated by zero-hour contracts, many workers and even employers are unaware of workers' legal right to holiday pay, even when on a zero-hours contract. This was the case for one former waitress at a cafe in the North Laine.

The worker had been at the cafe for several months before even discovering, via a colleague affiliated to SolFed, that workers on zero-hour contracts are still entitled to holiday pay proportional to the number of hours which they work. The workers collectivised this issue and were succesful in pushing the employer to provide all of the workers with a new contract which stipulated that they would be entitled to holiday pay.

After some time following the signing of the new contract, the worker came to experience a hostile work enviromnent due to the attitudes of certain collegues, and decided that she wanted to leave her employment. It was at this point that she realised that her employer only intended to pay her the holiday pay which she was entitled to from the point that she had signed the new contract, some ten months after she had initially begun working there. The employer also decided that they would work out her holiday pay according to the minimum wage, and not the wage which she had been earning whilst working there.

The worker then brought her case to Brighton SolFed, asking for help in working out exactly how much she was entitled to and in demanding that the employer pay it in full.

A demand letter was written up by SolFed in accordance with the worker, demanding that the employer pay the full amount of holiday pay of over £600. The worker submitted this letter on their own due to the complex workplace dynamic which might have seen a SolFed member accompanying her as being overly intimidatory. Still, the worker was confident that SolFed was there to back her up, should any issues arise.

As a business which operates in the busy North Laine,  the employer clearly did not want to endanger their business in any way and payed the amount in full under threat of industrial action by the SolFed local.

This case clearly demonstrates both the power of collectivisation, when the workers collectivised to demand that holiday pay be included in their contracts, and the power that the threat of industrial action can have on a business operating in a busy area with high visibility.

Since this case, the worker has become an active member of the local, as she wants to show the same solidarity which was extended to her to other workers in her position.

This article was published on 14 February 2017 by the SolFed group in Brighton. Other recent articles: