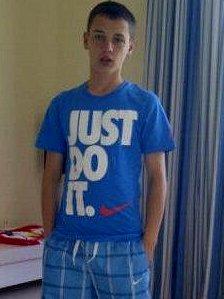 Greater Manchester Hazards Centre and Families Against Corporate Killers statement on the death of Cameron Minshull, 16, at an engineering company in Bury, Thursday 10th January 2013.

WE are so very sad for Cameron Minshull, who was only 16 years old when he was killed at an engineering company in Bury, where he had worked as an apprentice for only a matter of weeks. We would like to send our condolences to his family who are naturally devastated.

When anyone goes to work they should be safe from both immediate threat to life and to long term health, and we expect inexperienced apprentices and young workers to be protected by extra measures of supervision and care, as the law requires. We do not expect to send out a child to work [...] and for them to be killed at work and never come home. Until there has been a full investigation we do not know if this was a rare accident, something unforeseeable and unpreventable, or whether, like the over 80% of workplace deaths and injuries, it was due to a failure to manage health and safety properly.

Daily we are fed a press and media diet that health and safety at work is excessive, ‘gorn mad’ and echoing the government’s accusation that good health and safety is a ’burden on business’. It is false and it should concern us all. Every worker should be safe at work and come home alive and well, and especially our children who are young and inexperienced and need greater protection. But the government’s attacks on our hard won health and safety laws and their enforcement, which are intended to keep us safe, and the daily rubbishing of the value of health and safety, is in fact putting us all at much greater risk.

The Prime Minister spoke this year at the Media Factory 'enterprise hub' at the University of Central Lancashire in Preston and cited health and safety regulations as one of the reasons behind a lower number of companies offering work experience placements, and told the audience this was “very, very bad news”. He said: “We need to encourage businesses to offer that work experience, we need to simplify health and safety rules, we need to say to schools, ‘every school should have a plan for how you are going to teach children about enterprise and business’.”

We suggest that before the Prime Minister mistakenly labels health and safety rules too burdensome, he looks at the facts: over the last decade, at least 5 under 19s have been killed each year and up to 5,000 seriously injured at work. This is not due to too much, but too little health and safety. I would ask him whether he would send his own children to work in workplaces which his government has now falsely classified as ‘low risk’ such as manufacturing and engineering, and exempted them from preventative inspections, and especially those which are following his explicit advice, to treat H&S less seriously and not to bother about “dotting all the i’s and crossing the t’s”.

The truth is that good health and safety saves lives and money for employers while bad health and safety is a terrible burden on those killed or injured and made ill, and on their families. We must stop the government rolling back the laws and enforcement that prevents our children being killed at work. No-one should die simply for going to work to earn a living, and especially not a 16 year old with his whole life ahead of him. Rest in peace Cameron and much love and sympathy to his family who now have to live without him.