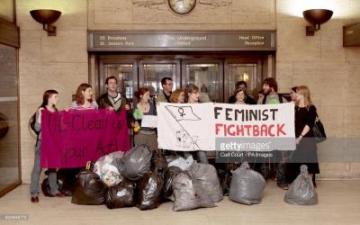 The study followed more than 6,000 people over a 20 year period and found that long-term respiratory health is damaged 10 to 20 years after cleaning activities. The researchers found that women suffered significant health problems after the long-term use of cleaning products when compared with men. The results of the study clearly showed that women involved in occupational cleaning or cleaning at home suffered significantly increased damage to their lungs, when compared with women not involved in cleaning. It was found that women who worked both as cleaners while also cleaning in the home suffered the most damage to their lungs. The damage caused to the lungs by cleaning was found to equate to the same damage caused by smoking 20 cigarettes a day over a similar period. This is a truly frightening finding considering the link between smoking and lung diseases such as lung cancer and asthma.

The study noted that more research was needed in order to establish why women were more adversely affected by the chemicals than men. However, one part of the explanation as to why women were found to be more adversely affected is the fact that far fewer men in the study worked as cleaners. A further explanation is that far more women in the study were exposed to cleaning chemicals than men; of the 3,298 female participants in the study, 85.1% reported being the person cleaning at home.

This research is significant, not only because it is one of the few studies that has looked at the long-term effect that cleaning chemicals have on the lungs, but also because it examined the impact that cleaning at home has on the lungs, an area thus far largely neglected. The researchers thought that the extent of the damage to the lungs can be explained by the fact that chemicals in cleaning products irritate the fragile mucous membranes lining the lungs. As one researcher noted, the dramatic results are not that surprising when you consider that you are inhaling “small particles from cleaning agents that are meant for cleaning the floor and not your lungs”.

The other the big surprise was that the results were quite consistent. The study looked at lung function measurements from 22 study centres across Europe, yet the results were remarkably similar. As one researcher stated: “After following people for 20 years the results still stood out, even across a multi-centre, multinational study”.

This latest study helps to explain why numerous other studies have found that cleaning can lead to such chronic respiratory diseases as emphysema, chronic bronchitis and asthma. Nor is respiratory disease the only danger faced by cleaners. Studies show that a high proportion of cleaners suffer from tendonitis, hand-arm vibration syndrome, severe back problems, arthritis, carpal tunnel syndrome, and rotator cuff tendonitis, to name but a few conditions. All of these conditions lead to chronic pain, loss of earnings and the strong possibility of permanent disability.

Despite the fact that there is mounting evidence that cleaning can seriously damage your health, little is being done about it. The fact that cleaning, both in the home and in the workplace, is still largely done by women is a major factor as to why the dangers posed by cleaning are not taken more seriously. If anything, things are getting worse as the casualisation of cleaning jobs gathers pace, with workloads increasing and more pressure being put on cleaners, the cost of which is being paid in terms of damage to their health.

The need for cleaning is essential to maintaining a healthy society and is fundamental to the running of the economy. Yet cleaning is a marginalised, low status activity, which is avoided like the plague by the better off and more powerful, at the expense of the weaker, less organised sections of society. If the essential everyday activity of cleaning is ever going to be made truly safe, there will have to be fundamental changes in the way society is organised, with the aim being to eliminate the entirely avoidable risks involved in cleaning. Part of this will have to include the task of cleaning being shared equally across the whole of society.

For an in depth analysis of the dangers involved in cleaning, check out the Solidarity Federation pamphlet, Is Your Cleaning Job Killing You?, which can be found at: https://drive.google.com/file/d/13whpX1s30shfcni1obU1_CT0q3pGTycJ/view

If you are interested in workplace organising, email solfed.training@gmail.com for more information about the Solfed Workplace Organiser Training Course.

This article was published on 13 March 2018 by the SolFed group in Manchester. Other recent articles: