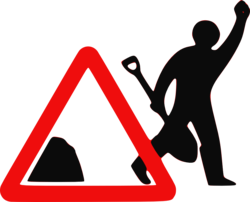 The aim of this meeting is bring together activists fighting the government’s cuts to discuss views of ‘direct action’ and how to apply it to the current struggle. There will be a number of speakers, including one from SF who will present an anarcho-syndicalist viewpoint:

There has been a lot of talk in the anti-cuts movement about the importance of ‘winning the argument’. This strategy holds that the best way to go about fighting attacks on wages, living conditions and services is to point out the flaws in the pro-cuts arguments and suggest alternative policies which would avoid the need for cuts.

No, its mistake is the belief that society is based on rational arguments in the first place. Our society is not a debating chamber, but a power struggle between different groups with competing interests.

The government are making these cuts because they suit the rich, the wealthy and the powerful. They can get away with it not because they are right, but because they hold power. They won’t be swayed by argument, because from such a position of strength all arguments can be safely ignored. If necessary they can enforce their decisions using the media, police and courts.

Yet they are not invincible; the power of a government is based upon our compliance. We are the ones who have to turn the wheels, pull the levers and keep the system moving. We are the bedrock on which they have built their authority, and that in turn gives us power. If the state wants to do something that we don’t like, we can fight back with actual, direct action; work stoppages, occupations, blockades.

Direct challenges such as this will cause more concern to politicians than any number of marches, leaflets or arguments, because they undermine their authority. The more they lose their authority, the more people are able to resist.

This is where the true hope of victory lies. Not in winning some abstract moral argument, but in winning real battles, and rediscovering the ability to take control of our own lives and communities.

This article was published on 7 July 2011 by the SolFed group in Manchester. Other recent articles: