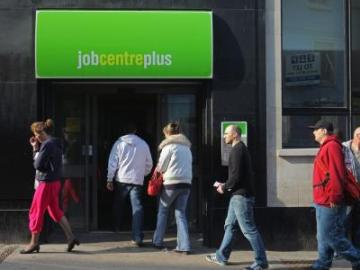 While bumbling Boris continues to lie through his teeth in a desperate attempt to cling to his job, the reality behind all his triumphalist talk has yet again been exposed in a new report by the Resolution Foundation.

Over the last few weeks, Johnson has repeatedly claimed that, thanks to his efforts, unemployment is now lower than before the start of the pandemic. The study by the Resolution Foundation did support Johnson's claim that unemployment levels were slightly  lower but as ever with Johnson it is only half the story.  The report also found that many young workers were made unemployed during the lockdown and once lockdown rules were relaxed, they could only find work in insecure jobs.

The study found that many younger workers were unable to claim furlough money resulting in them being made unemployed during the lockdown. A survey of 6000 workers found that one in three 18-24 year-olds experienced at least three months of worklessness, along with almost one-in-five (19 per cent) 25-34 year-olds.

The report also noted that young ‘returners’, who were employed prior to the pandemic but made unemployed during the lockdown, were far more likely to end up in insecure jobs once they returned to work. The report found that one third of 18 -34 year old “returners”  were now working on temporary or zero hours contracts, doing agency work or working variable hours. It was also found that young “returners” to the workplace were also more likely to be looking for new or additional jobs.  Reflecting dissatisfaction at being unable to find secure work.

The survey also highlighted the true cost of being made unemployed. Researchers found about two-thirds of those made unemployed during the pandemic reported mental health problems.

Researchers found that while unemployment has not increased, the number of 18-24 year-olds, who are economically inactive or not in full-time study, has risen by 47,000 with the biggest rises among young men. That is 47000 more to be added to the growing army of people who have simply disappeared from the official unemployment figures.

Many of those who “vanish” do so as a result of sanctioning or being unable to cope with the harassment they face when claiming universal credit. While the government happily writes off over £4 billion fraudulent business loan claims, the unemployed are still expected to prove that, during one of the worst pandemics in history, they are still spending 35 hours a week searching for work at their compulsory fortnightly phone interviews.

Everything the government has been directly involved in organising during the pandemic has been a disaster. Whether it be the hapless track and trace system or delays in imposing lockdowns. Worse, many Tory MPs have taken advantage of the pandemic to make a quick profit. The failure of the government is reflected in the fact that Britain has the highest death Covid toll in Europe.

The only success story during the pandemic has been the vaccine programme delivered by the NHS not the government as Johnson constantly claims. The only thing the Johnson government have plausibly been able to claim success for is the furlough scheme but even here the government inflated claims do not match reality. The furlough scheme failed to protect millions of younger workers from being made unemployed and once the lockdowns were relaxed now face a future trapped in insecure, low paying jobs.

This article was published on 1 February 2022 by the SolFed group in Manchester. Other recent articles: