Our dispute against YPP Lettings has been closed after the tenant accepted an improved offer, a reduction in rent of 22% (or £660). The letting agency made an offer before any direct action was needed, although we had declared our intent to undertake such action.

Liverpool Solidarity Federation was contacted by a tenant of Gravity Residence. Due to the pandemic she had to move back to her family home, leaving behind all her belongings in the apartment. Since then, she had tried to reach a sensible agreement with YPP to finish her tenancy earlier. The YPP position was unreasonable, they offered a shameful 5% deduction from her total amount if she paid all the amount by the beginning of April. 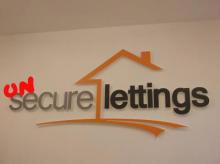 Liverpool Solidarity Federation concluded its dispute with Secure Lettings. The dispute ended positively with the three tenants involved receiving the whole deposit back and a compensation due to the damp and mold issues during the tenancy. 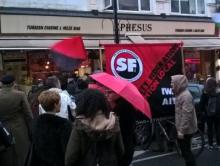 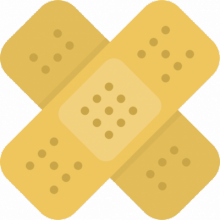 Last Monday we reached an agreement with Alpha Care which satisfies the economic demands made by a former worker.

Earlier this month, we helped an international student get back her holding deposit from a lettings agency. Here is the tenant's story.

The agency were nice in the beginning, like every other agency. However they kept asking if I still wanted the flat. It made me feel quite pressured, so I paid the holding deposit of £650. I thought this was excessive, but the agency assured me that I would not lose the money as long as I proceeded with the tenancy application. Despite the deposit, the agency could still change whatever they wanted . They tried to postpone the advertised moving in date without my agreement, and referred to it being “subject to contract”. So if I said no, I would lose the deposit. How is it fair that they could hold my money against me and change the terms of tenancy in their favour! 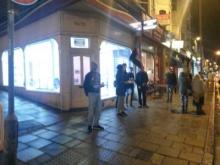 Brighton SolFed has started a dispute against the Hove branch of the letting agency King & Chasemore  The agency has stolen the holding deposit of a tenant. SolFed has been trying to find a settlement of the dispute the last coupld of weeks. The amount demanded from the agency is £425. 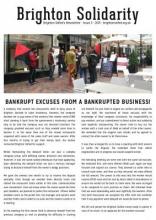 Latest edition of our regular newsletter, including articles on hospitality workers conflicts, the radical bank project, state repression in Spain and workers' rights advice. For workers control and self-organisation, enjoy! 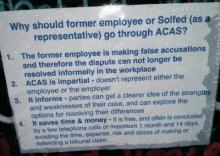 For the past few weeks we've been holding weekly pickets of a cafe in Hove in support of a former worker who was not paid properly. We have talked to hundreds of people and here we are addressing some of the most commonly asked questions about the case.

Yolanda worked at Caffe Bar Italia from May until September 2014 on a 20hours/week contract at £6.50/hour. However the cafe management didn't pay her for the contracted 20 weekly hours as she was sent home whenever this suited the cafe - in violation of her legal contract. On top of that she wasn't paid her holiday entitlement. Yolanda then approached us for support.

In late November we went to Caffe Italia to hand over a letter explaining the situation, and to have a chat to find an amicable solution.  We acceeded to several of the cafe's requests to be given more time until a meeting was agreed in the presence of their solicitor for December. The cafe cancelled this with 2 hours notice, refusing to communicate further. At the same time the cafe put pressure on Yolanda through mutual friends. This left us with no option but to start our public campaign on 13. December, which we have maintained since. Soon after, Yolanda left the UK - if it's hard to live on a part-time minimum-wage  job, it becomes impossible when you don't get paid for nearly half your contracted hours. 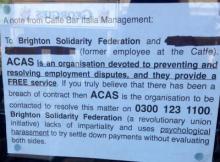