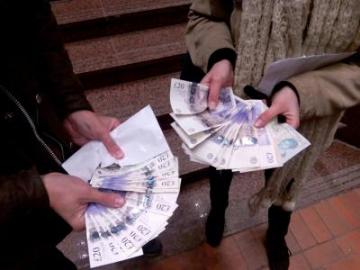 Last month we won a dispute against a local fast food business which we discovered has a particular, top-down and fraudulent way of operating and systematically stealing workers wages.

It all started when a worker approached SolFed reporting that she had been paid below the amount that she deserved. She was working in this fast food restraurant for one month and never received a written contract despite having asked for it. They never took her Insurance Number so it was apparent that they could not make tax contributions; however, at the time of getting paid, she was shocked when she found out that they “took away” some “taxes” from her salary: from the £731.25 she was due after working 115.5 hours, she only received £581. That would mean that she was paid £5.16 per hour (below minimum wage), with no holiday entitlement. We worked out that including the holiday entitlement, she was owed £237.40.

A week later, a second worker decided to join the conflict: in this case, he had been working a total of 156 hours and received £811.20; that means £5.20 per hour. He also was owed £122.33 of holiday entitlement; in total, he was owed £322.13. Both workers told us that all wages were paid as cash in hand, with no payslips, and that there were also no rotas (the manager sent them a text with the shifts daily). They used to work around 60 hours per week, sometimes 12 hours per day with no time to rest. “You had no breaks”, explains the second worker. “You were alone [at the shop] and had no time to eat; you had to have lunch at the counter”. We also learnt that the working conditions were poor, with no heating or seating for staff, no light in toilet and, also, lack of protection. “Sometimes I had problems at night”, recalls the worker, who had to deal with a lot of drunk people. “One night a few guys wanted to hit me; there were cameras but nobody came to help me out. Cameras are meant to check if the worker cleans or if they work fast enough, but not if they have problems”.

The secret of that business: they would pay all the workers below the minimum wage while telling them that they needed to withold tax from their salaries, even not giving them contracts.

There are about 8-10 other workers at the restaurants, all of them immigrants and always changing. “People there were always new”, explains the worker. “They were always working for just one month. That made me start suspecting that there was something wrong there”. All of the workers are paid around £5.20. That sounds like a very lucrative business.

Through both workers we were able to have a closer look at the business and its particular form of hierarchy and bosses-workers relationship. The owner, a “50~ year old man” whose face only one of the workers saw on a very brief occasion, runs three business in the city; he has everything under control through cameras installed in the business and calls the workers from time to time to tell them what to do or what not to do, but never gets to talk to them face to face (even though one of the workers tried to contact him on several occasions).

In the second term there was a manager running the main shop and the payments, but the workers couldn't get any information about pay slips or legal issues from him since he always claimed “not to know anything”. “He was just an invisible face who didn't give you any information; he just told you to work but you couldn't ask him anything”, says the worker. “He used to say, 'the boss knows'. That was a strategy”.

That was the person we visited to hand over the letter and to talk about the conflict, since the real owner was never in the restaurant.

The first day three SolFed members and one worker went to talk with the lone person in the restaurant who, as the worker pointed out, was actually the manager. However, he denied being the manager there and taking any responsibility.

That was the same attitude that he showed during other visits. He also seemed nervous and interested about SolFed (“Are you a lawyer?”, he asked once), and on some occasions he said he would contact the owner - and then absurdly simulated making a phone call! He never denied the money was owed to the workers but it was always difficult to discuss anything with him since he refused to take any responsibility at any time. He even pretended he didn't know the second worker (who assured us that this person was the one who hired him, told him the working conditions and even trained him).

The first reaction that we got from the owner was an email requesting information from the first worker (such as her name, date of birth, copy of ID and address) “in order to provide [her] with pay slips and P45”. Even though we provided this information and kept on paying them visits to maintain pressure, the deadline in the letter was ignored. Then we decided to start the campaign.

Considering the number of people working for tis employer under these conditions, we decided that a good and powerful idea would be to hand out information leaflets to these workers and making them understand their rights. On two different days, we visited the three shops, talked with the workers (there was always a lone person in every shop) and handed them leaflets explaining four points of their rights: the minimum wage, the holiday entitlement and the rights of having breaks and payslips.

The reactions from the workers differed. Some of them kept the info and thanked us; others found it very difficult to understand due to language difficulties ; a few workers claimed that they didn't want to be involved in that because the boss was “a friend” or because they were happy with the situation. The two former workers gave us some examples of excuses from colleagues for not complaining and keeping on working under those terrible conditions: one on them “doesn't want a contract because he´s asking for benefits”, another one “is happy because he's making some money and also the manager allow him to smoke some joint during work”… etc. Some attitudes that always benefit the bosses, no doubt. The first action was, anyway, successful and we starting thinking about a date on which we'd start public actions.

Eventually, public action was avoided: the owner contacted us asking for a meeting with both former workers. Previously, the first worker reported that the manager (meaning the guy who always denied being the manager) had put pressure on her through a common friend telling her to “stop with this shit”. Two SolFed members came with the two former workers to meet the boss in the first shop; our expectations of meeting the “faceless boss” was disappointed when we found that he had “just gone five minutes ago”, so the meeting was with the manager. He gave the workers the whole amount of money in two different envelops, put all the blame on the “accountant” who, allegedly, “made a mistake with the hours” and made the two workers sign a paper saying that they received all that they were asking for (statement that we changed, writing down that they didn't receive any payslips or P45 document, that were also part of the demand).

"My problem was the disinformation. Now I know my rights", says one of the workers.

The workers, nevertheless, were quite happy with the result of the dispute. The second worker, who was considering at the beginning to take up the cause of justice with his own hand, recognises now that this was a much better way to act. “Thanks to this we got what is ours”, he says. He considers that at the end they rather pay up to avoid further problems and pursue their “monkey business”. After the experience, he assures us he is more aware of his rights as a worker. “My problem was the disinformation. Thanks to what happened I have been able to learn my rights… but still there are a lot of people who aren't aware”, he adds.

Image: The two workers minutes after they were paid the whole ammount

This article was published on 4 March 2015 by the SolFed group in Brighton. Other recent articles: