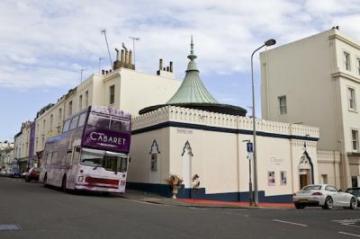 The end of the dispute held with Brighton Proud Cabaret after an economical agreement. As we have informed previously, a former chef terminated his employment after being pressured by his manager to go to work when he was sick, which resulted in him being removed from the work rota and the payroll system. Then, the worker was owed part of his wage including unpaid hours, holiday entitlement and notice pay. However, he decided to renounce his notice pay as he was a bit unclear and in debt, in order to facilitate a fast solution.

After been ignored by the management of the Brighton branch, he contacted Brighton-SolFed. Upon delivering the demand letter we found a hostile response where they invited us to find the Head Office contact through the internet, so we got in touch with the company in London as well.

From the beginning, they acknowledged they owed the worker unpaid wages but disputed other areas of the claim. The dispute took many weeks of back and fourth communication, awaiting responses from the official persons from Proud. Many hurdles were presented from complaints of paper work, to keys and uniform not being deposited to the correct staff being away. All the while the worker was out of pocket and needing money, hence the wavering of his claim to notice period to try to resolve it quicker.

After 2 months, enough was enough, action was needed. A public campaign was started, initiating with a call out for a communication campaign to get Proud to pay and inform the public of how the worker had been treated.

This affected both the London and Brighton branch of Proud. They clearly felt it, as it resulted in them threatening to take us to court for defamation of character. However much they disagreed with our tactics, it was only from this that contact was made and eventually resulting with the payment of the worker. Due to various complications the worker decided to accept a lower amount to be able to move on with their life bearing in mind it was 4 months until the dispute was over.

Though this was not a full success, it was only through direct action that the worker was able to get his ex-employers to even consider paying him.

A battle of attrition will mostly favour the employer. We have proven to be able to hold out when needed but at times this can be unsustainable. As always solidarity with each other is key no matter the outcome.

This article was published on 19 October 2015 by the SolFed group in Brighton. Other recent articles: