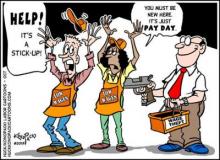 On Thursday 20th June, we staged a picket outside of CJ Barbers in Kemptown as part of our ongoing campaign demanding over two months unpaid wages for a former worker. In response to this, the owners of CJ Barbers, Hamid Caram and Cyrus Shabini smashed up a chair and attacked the picket line.

This was a significant escalation of a now familiar tactic of CJ Barbers, which is to assault and attempt to intimidate picket lines. On the Saturday previous to this, Hamid assaulted a female member of Brighton SolFed who was outside of the shop. 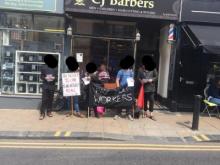 I am writing this to dispel a great deal of misinformation spread about me and my public campaign against CJ Barbers. I am the worker who was exploited by CJ Barbers and I understand why local businesses are coming out in support of their neighbours. I believe this comes from a positive place but I think you should know my side of the story before you come to any conclusions.

'I train people for free because that's how it works': CJ Barbers owner Cyrus Shabani admits to not paying worker

In this video, the owner of CJ Barbers, Cyrus Shabani, admits to not paying a worker who worked for him for two months, claiming 'that's how it works'. As we have pointed out to CJ Barbers multiple times, that is not how it works. This worker's employment did not meet the standards of an apprenticeship (for which he still should have been paid), so he is owed at least the national minimum wage for the two month's work he has done. That's what we are demanding, and that's what we will continue to fight for until CJ Barbers pay up.

More info on this dispute: 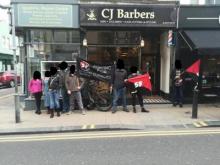 As our dispute with CJ Barbers, which owes one of our members two months in unpaid wages, continues, and the owners still refuse to negotiate (we emailed them on May 4th, offering negotiations: they didn't reply), the son of one of the owners is publicly saying that they intend to illegally send images and personal details of the worker to “every business in Brighton”.

Kevin Karam, the son of Hamid Karam, has made multiple long and rambling posts about us on Facebook, calling SolFed a “gang”, making wildly contradictory statements about the worker’s status at CJ Barbers, referring to SolFed in general as a “bunch of benefit losers”, etc. It's nothing particularly remarkable - the usual smear campaigns that bosses and their friends try when they are backed into a corner. 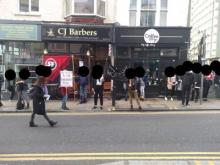 Brighton SolFed has started a public campaign against CJ Barbers, who owe one of our members over two months in unpaid wages. The worker was employed as an "apprentice" for no wages, with the promise of paid work after two months. Unfortunately, this kind of practice is common in the barbering industry in Brighton, so the worker decided to go along with it. After the two months were up, CJ Barbers paid him...£50 a week, for full time work! The worker left two weeks later.

During this so-called “apprenticeship” the worker was given no contract, no opportunity to work towards any qualification, and worked full time hours. This therefore does not meet the legal requirement of an  apprenticeship, which is why we are demanding that CJ Barbers pays our member the full legal minimum wage, holiday pay, and pension contributions for the hours he worked, which total £2821.63. 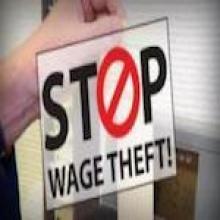 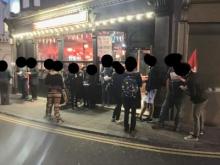 Brighton Solidarity Federation has opened a public campaign against The Sidewinder on Upper St James in Kemp Town. We were approached by a worker who was immediately dismissed just for calling in sick for one shift. The worker was also owed unpaid holiday entitlement.

We wrote to The Sidewinder asking that they pay compensation for unfair dismissal and fork out the owed holiday pay.  They have now paid the holiday pay, but have refused demands for compensation, accusing us of blackmail. Clearly, The Sidewinder thinks that not providing employees with contracts, holiday pay, failing to follow grievence procedures and dismissing workers for being ill is acceptable. 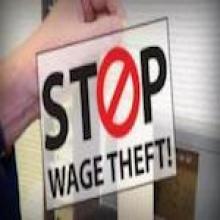 We recently had another success against more shoddy employment practice. A well renowned central Brighton pub had not paid one of its workers any holiday entitlement and not provided payslips that matched the working hours completed. Unfortunately for them, their worker is a friend of Brighton SolFed and knew they were being stitched up.

Management were initially dismissive. They did think they might owe the worker an extra days pay, but we reminded them it was quite considerably higher. After a detailed demand letter was sent, the establishment paid their dues within the deadline. However, we still await the missing paperwork, so watch this space.

Brighton Solidarity Federation Hospitality Workers have successfully concluded a campaign against a hotel in Brighton. Brighton SolFed had been working with a former employee for payment of unpaid holiday pay, as well as compensation for dangerous working conditions which have had a serious impact on this worker’s health.

The worker was only contracted to work 20 hours a week, but was regularly pressured to work up to 40 hours, doing work that went far beyond their job description. In addition to his usual duties of taking care of linen and rubbish, he was given sole responsibility in evenings for the duties of a room attendant and dealing with all the requests made by guests, acting as luggage porter, cleaner of bar and brasserie toilets, and responsible for dealing with dirty clothes in the kitchen.