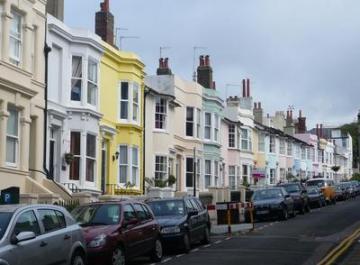 The media keep running stories about benefit fraudsters living it up no doubt in preparation for drastic changes to the benefits system. Brighton SolFed spoke to one of the supposed benefit scroungers to find out what it’s really like to live on benefits.

“When renting any place I have to keep in mind that I will not get any help towards any heating or water rents etc. I only get £62 a week for unemployment benefit, which also has to cover heating and water bills together with food, travel expenses or any other bills that I may have to pay.”

“I am in deeper debt now than before I was on benefit. I had to borrow money off friends to pay for any extra cost that I incur. For example, I needed to move out of my place and had to find £1420 to secure myself a studio apartment away from the city center which is relatively cheaper.”

“It is very difficult to find something that is suitable. Ideally I would have liked to rent a one bedroom flat, but that is out of question if you are living in Brighton as the maximum we can claim on housing benefit (HB) is £600/month. And remember there is no extra money for gas/electricity/water bills. A decent sized studio with a separate but very small kitchen in Brighton/Hove and surrounding area will cost approx £575/month. You can find a bedsit (one room containing sleeping and cooking area) for less, but they are extremely small and badly kept, often sharing bathrooms with several other tenants – they are utterly depressing. People on benefit are forced to choose from the bottom of the pile as most of the time these are the only properties rented to them.

Given their precarious money situation, people on HB face additional hurdles. “Most places are reluctant to rent out to people on benefits and sometimes say so openly.  “No DSS needs to reply” and such. Also, even if they do not say this openly, often they will require you to to pay a minimum 6 weeks rent as a deposit and a month’s rent in advance on top of minimum £270 for agency fees. This is almost impossible to pay for someone who is in receipt of benefit and so in all probability does not have any savings.”

“I know a few people that have ended up in hostels, an environment that is extremely depressing and self destructive as it is very difficult to keep up hope without help and understanding. The system does not cater for this reality but is geared to make one feel unworthy and a failure instead of pointing out that this is a failure of the society as a whole.”

How can we fight back? By making sure we spread the truth : anyone can end up in this situation. Unemployment is the product of a warped capitalist society that we live in today which is only interested in making the maximum profit with giving very little back to the society. A decent standard of living by unemployed people is not a privilege but is the right for everyone including employees who work in an environment which provides no job security or guarantee. And remember, todays employed are tomorrows ‘dole scroungers’.

The proposed changes
• The local HB rates will be reduced from the median rent in a particular area to the 30th percentile. This means that while at the moment half of all places are affordable, from 1 October 2011 only the cheapest 30% will be.
• The maximum amount that can be claimed will be the four bedroom rate, rather than five as now. This means that some families will have to move if their rent is higher than the four bedroom rate.
• An end to “excess” payments of up to £15 a week which claimants could keep if their rent was below the average local rent (from 1. April 2011).
• People under 35 will be forced into shared accomodation (from April 2012).  As more people will require shared accomodation, rents will go up for everyone – landlords are already rubbing their hands.
• The unemployed will be arbitrarily punished: after one year on JSA, HB will be slashed by 10% (from April 2013)
• For example a 30 year old currently receiving £150pw to stay in a one bedroom flat, will only receive £78pw to stay in a bedsit (30th percentile, current B&H rents). If they are jobless for a year, this will go down to £70pw.
• Changes will not take effect at once for all claimants, but will generally be on the anniversary of the first claim

This article was published on 3 November 2010 by the SolFed group in Brighton. Other recent articles: