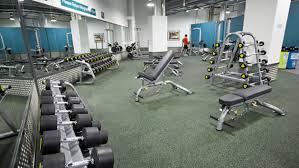 Last month, the cleaning company Emprise paid one of its former workers after having been contacted by SolFed. The company had taken the cleaning service of Pure Gym after being transferred from the previous owner of the gym, L.A. Fitness. Breaking the promise made to the workers and the regulations on transferring business (TUPE), Emprise neither respected the previous terms and conditions in the new contracts nor did they take charge of the debts of the previous employer. Being one of the workers ignored by Emprise management, Brighton-SolFed made the demand in conjunction with the worker. We clarified to the company that, unless the worker received all her money, we would start a public dispute for wage theft. After a few correspondences the message was clear and an economical agreement satisfactory for the worker was reached: £1,690.08 in holidays, unpaid hours and notice pay. Following we reproduce the worker´s testimony: My testimony shows again how big companies exploit workers in order to get rich. LA fitness worker, after the trial period as a cleaner I felt quite satisfied to have attained a permanent position, working 39 hours per week from Monday to Friday, with good working conditions and a pleasant atmosphere, until the company transferred its services to a client called Pure gym. With the closing of the gym for renovations we were informed that the conditions specified in our contract would be the same, which was not the wish of Puregym but by law they had to comply. The surprise came when after a couple of weeks, rather than working 39 hours per week from Monday to Friday, we would have just 10 working hours in the period from Tuesday to Sunday, we would not have a permanent position, etc, etc,... Since the conditions imposed by this new company, (without giving any explanation) I decided to leave. The problems started as both one company and another (LA Fitness and Puregym respectively) had to pay overdue vacation pay, as well as payment for all hours worked with both companies abandoning their responsibilities. Then I decided to take action on the matter and come to Solidarity Federation. From there with the help of a group of people struggling against injustices like this and others, we began to pressure them with emails and calls. In my experience, without previously having had much luck, I invite all those workers who struggle against these monsters as we fight for our rights, to claim every last pound of our work to not be silent and to.

This article was published on 15 December 2015 by the SolFed group in Brighton. Other recent articles: