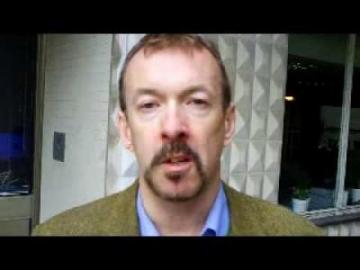 Ray Woolford is hard to avoid in local politics in Lewisham. He’s a political activist, four-time local election candidate, editor of the Lewisham Campaigner, bankroller of the local self-styled ‘revolutionary socialist’ Lewisham People Before Profit party, owner of Housemartins estate agents and former owner of the now closed Come the Revolution cafe.  We want to highlight the risks involved in working with him (and indeed, anyone associated with him), and advise everyone to give him a very wide berth.
As the owner of Come the Revolution he
• Fired workers who joined Unite, the union
• Used threats of closing the business to get his way
• Accused workers of theft to cover up his own mismanagement
• Used the government’s workfare schemes for free labour
When Come the Revolution closed, he assured the workers that their jobs were safe with the new owners. The workers went along to meet the new owners full of excitement and convinced that an agreement had been reached, only for Woolford’s promises to be flatly denied by the new owners.  They’d heard nothing of re-employment, or, indeed, community participation.  Woolford was shown to be a bare-faced liar.
It’s not only as a boss that you can’t trust Woolford:
• This self-styled fighter for decent housing runs a landlord’s association with £60,000 in the bank
• He’s used his clout as a landlord to forcibly and illegally evict his tenants
• He’s been referred to in Parliament as a convicted fraudster (so even MPs think he’s bent!)
• He’s stood for office for three different political parties.  We wonder what his politics will be next week.
South London Solidarity Federation calls on all local activists to cut all links with Woolford. We also call on Lewisham People Before Profit, who, we believe - continue to benefit from his sponsorship, to publicly and fully disassociate themselves from Woolford and denounce him for the crooked boss that he is, if they want to be taken seriously as a revolutionary organisation who wish to create a new, better world. We welcome the affiliation of any other groups and/or individuals to this statement.

This article was published on 18 October 2012 by the SolFed group in South London. Other recent articles: