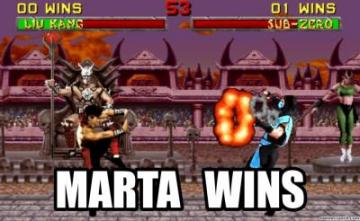 The next day SolFed received an email from the bosses at Speak Up: they were paying up.  It contained a copy of Marta’s final payslip alongside a copy of a positive reference letter.

Congratulations to Marta and thank you to everyone who supported the campaign!

To all workers in the language teaching industry: we don’t have to accept bullying bosses or bad conditions lying down.  When we “speak up” the bosses will pay up.

Whether, like Marta, you have no contract or just a lousy contract, don’t be afraid to fight back.  Talk to your workmates and think how you can collectively fight to improve your working conditions.  And if you need help, don’t hesitate to contact SolFed.

This article was published on 27 May 2014 by the SolFed group in North London. Other recent articles: