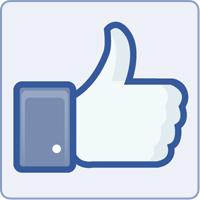 The North London Solidarity Federation would like to thank everyone who participated in last night’s Facebook blast of the Speak Up London language school.  As it appears Speak Up has deleted their Facebook page entirely, the action was indeed an unqualified success.

The action was to defend Marta, a well-liked and respected receptionist who was sacked without prior warning. She was told she wasn’t doing her job well because she didn’t take out the rubbish one night and then failed to turn on the TV the next morning.

But we all know the real reason: Speak Up is run by two bullying bosses who sack any worker who resists their cowboy style of management.

To compound Marta’s sacking, they refused to give her the pay to which she should have been entitled in lieu of a week’s notice.  Marta has demanded that money alongside a glowing review that highlights her lasting contributions to the success of the company.

Although the Facebook page is down, the Speak Up’s Twitter feed is still active.  So, let these two bullying bosses know we won’t stand for their disgusting behaviour and send a tweet to:

Suggested tweets, in various languages, can be found below.

Speak Up: PAY UP

This article was published on 27 May 2014 by the SolFed group in North London. Other recent articles: