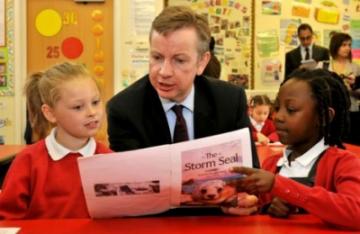 Academies were the previous government’s answer to perceived “low standards” in too many secondary schools, even though the whole idea of standards did not take into account the social backgrounds of the students going to the schools – problems created not by schools themselves but government policies and wider social problems. Under the scheme a private sponsor can take over a state school and be given control of the entire budget direct from the government. They are able to influence admissions criteria – taking the brightest students from other local schools - and appoint the governing body – which is meant to be a voice for local stakeholders.

The measures are being billed as giving more ‘freedom’ to schools. But the National Union of Teachers (NUT) comments that “these ‘freedoms’ are however a mask for a structural shift in who controls schools (…) Billions of pounds of assets in the form of school land and buildings will be transferred to Academy proprietors.” Wealthy individuals and partisan groups taking over schools have also had a notorious effect on prejudicing teaching. For example a whistle-blowing teacher was awarded £70,000 for unfair dismissal against the King Fahad Academy in Acton. He had refused to use books likening Jews and Christians to “monkeys” and “pigs”. While the school is fee-paying, the Academies system stresses such groups are allowed autonomy for their religious projects.

The scheme is also ripe for cronyism. For example Brighton & Hove’s Falmer School is to be reopened in September as the Aldridge Community Academy after local “entrepreneur” Rod Aldridge. Aldridge’s background has been in making millions out of government IT contracts as the head of Capita Business Services. Naturally, getting rich from successful bids for funding - after secretly lending the Labour Party £1m - is not the same as running a complex institution like a school.

Despite there being no requirement for private sponsors to have any expertise, let alone experience, in education they will have the power to decide on the curriculum in most subjects. Academies can also set their own terms and conditions for staff new to the school. Although they often promise to keep to national pay scales, once the budget crisis hits them, this will be a likely area to cut. The NUT has warned that “there could be a free for all in terms of pay and conditions and a greater role for bullying head teachers.”

As of August 2010, 34 schools had already begun TUPE consultations – the legal process for transferring terms and conditions of staff over to a new employer, in this case the Academy. While TUPE legislation protects the terms and conditions of existing staff, it offers no such protection to new employees. This often results in the creation of a two-tier workforce, with new staff on inferior conditions gradually replacing the previous workforce.

Catalyst spoke to a high school English teacher who said such measures will “create division in the workforce, lower morale and raise staff turnover – all things that harm the continuity of young people’s educational experience. All this haste to increase the number of Academies begins to feel like a bad idea, when you consider that there has been little or no research into the impact of this programme on the effectiveness of schools. Academies put resources into private hands and create a two-tier ‘public’ education system.”