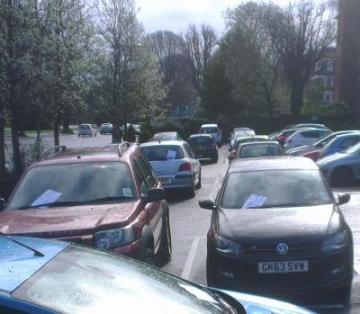 Another victory for Brighton Hospitality Workers and for direct action! In February, two members of Brighton Hospitality Workers (BHW) brought unpaid holiday entitlement issues to the group, incurred while both had worked at the Brighton premisis of a transnational hotel chain. The hotel's housekeeping staff were contracted to work there by the UK operation of an international recruitment exploiter with a reputation for withholding pay, particularly after contracts had been terminated. One worker was owed £286 in holiday pay for leave she was prevented from taking, despite repeated requests to her manager, as well as 2 days' outstanding sick pay. The second worker was owed £180 in holiday pay, also for leave she was prevented from taking, again despite repeated requests – in December her boss told her she 'had lost' her right to take paid leave.

Interviews with the workers exposed shameful conditions at the hotel: 'Housekeeper's health conditions don't matter and work pressure is huge. You are expected to work really fast, maintaining a a work rate of 3 or 4 rooms an hour, sometimes without taking breaks for lunch and feeling dizzy or dehydrated. You know when you start but never when you'll finish'. The workers held both the recruitment agency and the hotel management equally responsible: 'They offer cheap rooms but the only cheap thing in this hotel is the worker, who thanks to the agency, changes the bedding, cleans and tidies-up sometimes very messy and dirty rooms for less than £2 per room. Wouldn't you have thought the hotel was happy enough with its extremely high profits?'. Recording workers' experiences is an important part of BHW strategy, and we are building a database of bad employers to be shared on social media and reproduced on a map of exploitation 'hotspots'.

As at the start of any workplace conflict, a strategy was agreed on with the workers and immediately put in place. Letters demanding payment were sent to the agency, firstly from the individual workers, and when this failed to get a response, from BHW and Brighton SolFed as a collective demand. Our collective demand resulted in part payment to one of the workers, but clearly this wasn't enough. A propaganda leaflet about the campaign, naming both hotel and agency, was drafted and sent to both, warning that if full payment wasn't made immediately then a campaign of action would begin. We agreed to focus action on the hotel, being the workplace directly responsible and also the most vulnerable  in terms of it's public profile – it would then be up to hotel bosses to put pressure on the agency to pay up.

We staged a well-attended picket of the hotel on a Saturday morning in March, where leaflets were handed to guests, staff and management, and plastered over the windscreens of guest's cars. The hotel manager was obviously surprised by this and during a discussion with two of our delegates hurriedly contacted her area manager and the agency director. We left promising escalating action until the workers' demand were met, including a social media campaign, which visibly alarmed the manager. We were contacted on Saturday afternoon by both the hotel chain's area manager and the agency director, who requested that further action be suspended until they investigated the matter. Full payment was made the following week, and in a statement the agency director stated that they were paying as 'a gesture of goodwill' – it's amazing how much goodwill a campaign of direct action can inspire!

This article was published on 6 April 2014 by the SolFed group in Brighton. Other recent articles: