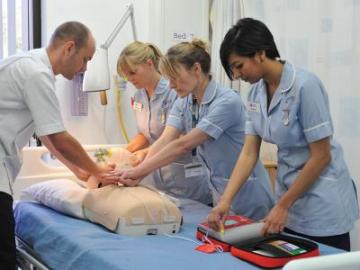 The media has recently been escalating the migrant bashing with the claims that health tourists are plunging the NHS into crisis by not paying their bills.

This distracting technique pulls our gaze away from the more obvious strains the NHS is facing. With flat lining NHS funding (although the government are putting “more” money in this is not inline with increasing inflation and demand), cuts in social care, along with crippling Private Finance Initiatives (PFI) with extortionate interest rates and massive management consultancy fees, there is no wonder health services are finding that there is not enough money.

But instead of resolving these ongoing issues, which account for a large amount of the deficit, they are going for some of the most vulnerable people in society. Health tourism costs have previously amounted to less than 1% of the NHS budget. In some cases just employing the overseas team that try to recapture this money can cost more than the money gained. One element is that they are punishing individuals rather than going after, for example, EU states that should be paying the reciprocal payments through the European Health Insurance Card (former E111).

This has been on the government's agenda for many years, and we have written about its impact in articles and even produced a pamphlet aimed at health workers to inform them of the changes but also to suggest ideas of how to resist these implementations in work, which are available online.

With this populist distraction from the real drains on our health service the government aims to set different sections of the working and middle classes against one another. What they fear most is when we see through these dividing attempts and come together to fight the real exploiters of our society.

This article was published on 21 February 2017 by the SolFed group in Brighton. Other recent articles: