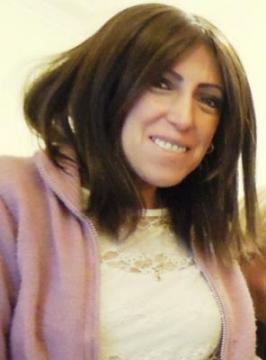 Recently I have received some very sad news. Our friend Peggy has passed away in Zaragoza (Spain) after a month in the hospital. Peggy was living in Brighton for nearly two years. She inherited from her family a passion for classical music, and she took part in the Brighton Choir. One of her favourite pieces was Mozart´s Requiem.

Peggy was one more of the Spanish migrants who approached Brighton SolFed because of the Hospitality Workers Campaign. She was actually involved in the first dispute that we had (and that we won). Her life in Brighton was not easy.

Her personal circumstances were harder than most of ours and she had to suffer a lot in the "open-minded and welcoming Brighton". However, she went on struggling and even in the worst moments she still managed to smile.

Peggy came from a family who migrated from Peru to Spain. She worked really hard to become a dentist and she eventually got a job, a house and a marriage in Zaragoza. She had the normal life of a European middle class woman. Then, after personal problems (which included the overcoming of a throat cancer) the economical crisis came to Spain. Peggy lost her job and decided to try in another country.

She came to Brighton in summer of 2013. Her idea was to work here as a dentist but she clashed with the bureaucracy of the local authorities (the Dentists Council in this case). In the meanwhile she would look for any kind of job.

She worked as housekeeper, waitress, child-carer, cleaner, and in a factory, sometimes holding two or three jobs at the same time, spending weeks without a single day off, wondering if any of the agencies would give her hours that week. She had to struggle to get a more or less decent place to live as well.

On top of that she had a quite serious accident which made her spent around a month in the hospital, and then lost her job. We had to struggle hard to achieve a small compensation for her several months later.

As with most Spanish migrants, she looked for contacts of Spanish people and got in touch with us. We were in "Marea Granate" and, after, with SolFed. Both groups, though small, have been working as meeting points for migrant workers.

Peggy did not have a militant background and she never said that she was an anarchist. She just found us. We just shared some experiences of cooperation and mutual support in a foreign country.

Despite her hard life as a migrant worker woman, I would not say that her experience in Brighton was at all bad. We discovered a lot of things together: the value of solidarity and friendship, or the little respect that our employers deserve... Peggy saw the world with new eyes in Brighton and had new experiences in activism, lifestyle and love. But the most important thing is that we laughed a lot, even in the worst moments.

Peggy was really loved by her family and friends. In Brighton her spirit and her tenderness have left an indelible mark in all her friends and comrades.

This article was published on 28 May 2015 by the SolFed group in Brighton. Other recent articles: