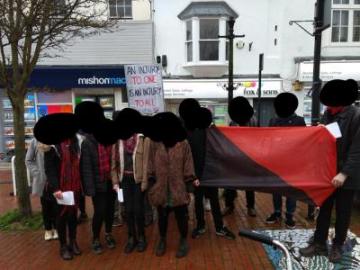 Why this money did not reach the tenants and was instead used to compensate the agency for its failure to perform its role adequately is unclear. Jears Properties Limited is a multi-million-pound company with properties across the UK in Brighton, Bristol and Blackpool. Fox & Sons are a major estate agency with hundreds of properties on their books. But neither company have so far proven able to pay £380 each to the group of tenants left with nowhere to live and forced to move into a more expensive property, with the £720 paid by Jears instead being used to line the pockets of Fox & Sons.

According to the Directors of Jears Properties Limited, Allen and Judith Shepherd, they understood the £720 they gave to Fox & Sons as compensation for the tenants unable to move into the property. But this never happened. Instead, both companies have ignored the tenants caught up in their failures and dealt exclusively with one another.

Our demand remains that Fox & Sons compensate each tenant £380 for leaving them with nowhere to stay, a sum that should help the tenants to cover the difference in rent they were forced to pay when finding a property at short notice after the cancellation of their planned tenancy. Perhaps Fox & Sons can put the ‘compensation’ paid by Jears Properties Limited towards this sum. Until they do so, our public campaign will continue.

This article was published on 5 January 2019 by the SolFed group in Brighton. Other recent articles: