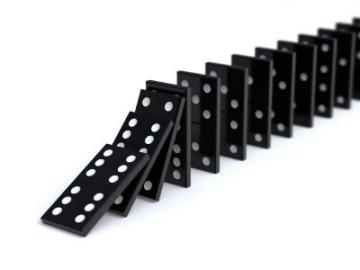 However, since their April announcement at a workfare conference organised by Department for Work and Pensions Minister Chris Grayling, escalating protests have singled-out the firm with regular pickets across the UK turning away shoppers shocked at the firm's involvement in the scheme. Outraged customers have also been bombarding H&B's Twitter and Facebook accounts with complaints. The sustained pressure has forced a u-turn, with Holland & Barrett's official facebook page announcing late last night that: "the 60 people currently undertaking the work experience scheme will be the last to complete the eight week placement. After this time Holland & Barrett will not participate further in that scheme."

Holland & Barrett intend to replace unpaid work placements from the Job Center with a salaried apprentice scheme. The Solidarity Federation will keep a close eye on Holland & Barrett and meet any backsliding with renewed direct action, but for now we are celebrating a victory against unpaid work. As a revolutionary union initiative made up of workers and claimants, the Solidarity Federation sees workfare as an attack on all workers by undermining pay and conditions. For example, staff at Holland & Barrett told us that overtime was no longer available in some stores as it was being done by unpaid workfare labour instead.

We will now support the national week of action called by the Boycott Workfare Network against remaining workfare firms before meeting to discuss the next steps.

This article was published on 6 July 2012 by the SolFed group in Brighton. Other recent articles: