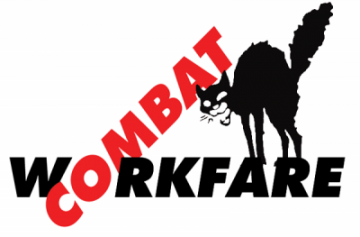 Workfare means unemployed people being forced to do unpaid work for their benefits. Tens of thousands of people are being forced into unpaid work, household name firms are profiting from free labour and disabled people face unlimited unpaid work or cuts in benefit. Workfare began under Labour with the New Deal in 1998, which became the Flexible New Deal in 2009. It is now being expanded by the Conservative-Liberal government under a number of different schemes including: ‘Work Experience’, ‘Mandatory Work Activity’, ‘the Community Action Programme’, ‘Sector Based Work Academies’, and ‘the Work Programme’.

Under all of these schemes, unemployed people face losing their job seekers allowance (JSA; and potentially other related benefits such as housing benefit) if they try to withdraw their labour or refuse to participate at all. Workfare is supposed to help the unemployed find work with training and work experience. But the Department for Work and Pensions’ (DWP) own report found that workfare is not at all effective in achieving its stated aims of getting the long-term unemployed back into work:

“There is little evidence that workfare increases the likelihood of finding work. It can even reduce employment chances by limiting the time available for job search and by failing to provide the skills and experience valued by employers. (…) Workfare is least effective in getting people into jobs in weak labour markets where unemployment is high.”

So either successive governments are really stupid, and they keep pouring money into expensive and ineffective schemes, or this really isn’t about ‘helping’ jobseekers and creating jobs at all.

Workfare is an attack on us all

Workfare does not save money, does not create jobs, and does not help the unemployed. The government is trying to divide us by pitting those in work against ‘scroungers’ who supposedly need to be forced into work.  But workfare is as much an attack on those with jobs as those without them.  What boss would want to employ a worker they have to pay, when the government will give them someone off the dole to do it for free?

The aim of workfare is simply to drive down wages.

The whole thing is vastly expensive to the state (the Flexible New Deal is said to have cost £31,000 per job), but for precisely that reason serves as a massive state subsidy to the private sector. Directly, it provides cheap labour to businesses. Indirectly, it undercuts the minimum wage and disciplines those in waged work not to rock the boat lest they be replaced by workfare labour, and end up unemployed themselves. Whether we’re unemployed or in work, workfare is an attack on us all.

This article was compiled from ‘workfare is an attack on us all’ by the Brighton Benefits Campaign, ‘The new social workhouse?’ by Joseph Kay and Boycott Workfare’s list of firms using workfare.