Northampton Solidarity Federation joined the small protest in Northampton town centre today against the budget cuts.  The protest was centred on the uk uncut protest and focussed on the contradiction between cutting welfare and services on the one hand whilst allowing the rich, and large businesses to avoid, legally and illegally, billions in pounds of taxation.

This discrepancy lies at the very heart of our economic system and the politics which go with it.  When push comes to shove we see that all works for the benefit of the rich and the workers pay the cost.  Welfare is cut: are tax avoiders chased,  are tax loopholes closed?  Bankers crash the economy with their greed for bonuses, are they chased down and held to account?  Of course not: that's not how the capitalist system work:, run by the rich for the rich.

According to the Independent, Aaron Porter, NUS president is reported  to have said "Despite repeated dismissals by Nick Clegg that these are uninformed protesters, students are intelligent, articulate people who are not being listened to by those in whom they placed their hope for a different politics."

What the students... should learn is that if they really want a new politics, they need to look further than voting Lib Dem, a party which, unsurprisingly, has demonstrated that it is, when all is said and done, just more of the same old.

The need to look to a truly new politics: not the capitalist joke of a 'democratic' system we live under now.

Residents of Camden protested outside the Town Hall against the Labour-run council proposed, and voted through, cuts of £100 million to local services. People are angry at the threat of 1000 lost jobs, closure of libraries, sports facilities and increased rents.

A wide cross-section of the local population were present, with students and workers of all ages assembling together. The resulting changes to be enacted include; cuts to free nursery and after school provision and special needs education, rents to be increased by 7%, an increased to marry, the Talacre sports centre to be farmed out to an outside contractor, Mornington Crescent sports centre will close, all non-essential building works cancelled, street cleaning scaled back and even hours of street lighting reduced.

Plans to cut 50,000 jobs are being discussed. Not only will this mean 50,000 people with no jobs, it will also most certainly hit front line services: the council says that only 4% of it's budget goes on back office services.

"When the county council faced its last major round of cuts and changes to services in 2006, hundreds of people took to the streets of Northampton to oppose the changes and the chief executive said he would not rule out such scenes being repeated when this year’s budget is announced next month."

The budget will be announced on 14th December.

Info from this Chronicle and Echo article.

On Monday 29th November a meeting has been arranged by the Socialist Party and the Green Party to discuss the cuts.  People of an anarchist persuasion might wish to attend...

The welfare state was introduced largely at the behest of capitalism to ensure a healthy and educated workforce. Its origins date back to the Boer War when the army recruits were in such poor health they were unfit to fight. Since then, things have changed. Large sections of the working class are now surplus to the needs of capitalism, so the capitalist state no longer cares so much about our health, education and welfare. 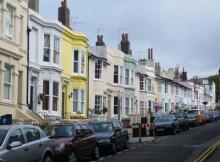 The media keep running stories about benefit fraudsters living it up no doubt in preparation for drastic changes to the benefits system. Brighton SolFed spoke to one of the supposed benefit scroungers to find out what it’s really like to live on benefits.