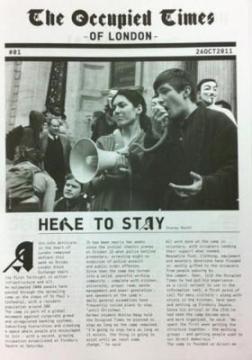 Bankers’ bonuses, MPs’ expenses and police-media corruption grab headlines, but these are only the most visible of the injustices that the existing political and economic system is built upon. Every day is filled with smaller injustices. These can be economic: pay cuts, unpaid overtime, benefits cuts or rent hikes; or they can be about power: bullying bosses, stress, sexual harassment or police racism.

These injustices aren’t a defect in the system; they are a sign that it’s functioning normally. They’ve certainly been intensified by the economic crisis. For example, last year in the UK a record 5.26 million people worked unpaid overtime averaging almost a whole extra day each week. But, they also predate the crisis.

It has always been in the interests of bosses to get as much work for as little pay as possible. So they freeze or cut wages, increase the pace and intensity of work or the amount of unpaid overtime, or both. Workers’ interests are the exact opposite: to earn more for less, to become less stressed and have more free time. It is in the interests of landlords to spend the minimum on maintenance and to withhold deposits, while still charging the highest possible rents. Tenants’ interests are the exact opposite: paying as little as possible for the best housing. It is always in the interests of the state to cut back benefits payments while channelling handouts to their party donors at firms like A4E. Workfare, making people work for their benefits, is just the latest way of making our lives dependent on work, while forcing wages down. Yet again, claimants’ interests are the exact opposite: receiving enough to live on whilst jumping through the fewest hoops, rejecting the distinction between deserving and undeserving poor.

Despite the frequency of these everyday injustices, they rarely lead to spontaneous resistance. Often the injustices are experienced alone, and alone, bosses hold more power than workers, landlords have more power than tenants, the job centre has more power than claimants and so on. Too often, these grievances lead to demoralisation rather than to resistance. To turn isolated injustices into collective action requires organisation.

As these injustices are part of a capitalist system, to be effective this organisation needs to be opposed to capitalism’s ‘proper channels’. So, instead of employment tribunals, closed-door union negotiations, legal action, lobbying or running for parliament, it is direct action – controlled and taken by those affected – which is the means to fight systemic injustice.

When Laura was owed over £700 in unpaid wages by a London pub, she organised. Her family and friends bombarded the phone and email of the business, demanding payment. The landlord paid up on the eve of a threatened peak-time picket. When Ruth, Jess and Charlotte had their £1,200 deposit stolen, similar direct action tactics won it back. When workers on the London Underground wanted to resist changes to working conditions, they organised a ‘piss strike’ – one after another, workers went off to the toilet, leading to very little work being done. Management caved in within two days. When cleaners at Brunel University wanted written contracts, they held a mass meeting and refused to work until a manager promised them contracts on camera. A phone blockade of the same manager prevented an attempt to backtrack, and the cleaners got their contracts.

Direct action doesn’t rely on anyone else. It doesn’t require official representatives from unions, or political parties, or legal experts and the goodwill of the judiciary. It helps build the power and confidence of those who use it. It can enable workers to defend themselves or improve their conditions. Tenants who have stood up to their landlords are no longer isolated and powerless.

On a practical level, building this kind of movement means banding together with our workmates, housemates, classmates and fellow welfare claimants, and focusing on real everyday issues. We want a revolutionary movement, but we won’t achieve it by trying to convince everyone to be a revolutionary. Instead, we can engage other members of the working class on the small everyday grievances that we all share. From these defensive struggles, we can begin to take the initiative. And from a position of strength, discussion about a different system – one without bosses, landlords and politicians – is no longer idle talk. Rather, direct action is the means to win as much as possible right now, while building collective power and opening space to think about more fundamental social change.

The Solidarity Federation certainly doesn’t think it has all the answers. But we do think nothing helps build a movement like concrete victories. A solid movement begins with getting organised and standing up to the injustices we experience in our everyday lives. To be successful, the organisation has to be revolutionary. It must aim to put an end to the current unjust system and will reject methods which imitate or collaborate with the system. It will avoid full-time officials, political representatives and backroom deals. We don’t think this is rocket science. It is a practical anarchism relevant to anyone with a boss, a landlord or power held over them by leaders.

It might seem like these small, everyday victories are a long way from the overthrow of the system and its replacement with something better, and in isolation they are. But you need only look to the student movement in Québec to see how radical union organisation can explode from everyday grievances to mass struggle. A powerful working class movement will be much more than just a revolutionary union, but such a union can be a catalyst for everyday struggles, and can link them to the need for wider change. Through direct action we can build the power of ordinary people to improve our lives in the here and now, while preparing the ground for social transformation to put an end to systemic injustice altogether.

The Solidarity Federation is a revolutionary union initiative: a working class organisation which seeks the abolition of capitalism and the state. In their place members of SolFed want a society based on workers’ self-management, solidarity, mutual aid and libertarian communism.

This article was published on 7 December 2012 by the SolFed group in North London. Other recent articles: