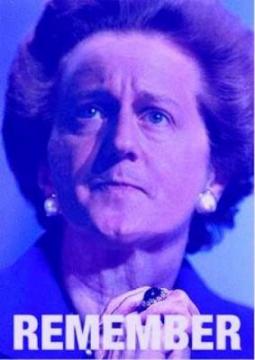 Around 100 trade unionists, members of Solidarity Federation, and other local anarchists
converged at the new museum at the docks. The museum was hosting a conference that was
attended by Cameron, Anderson and his lackeys, local MP’s, and various ‘captains of industry’,
i.e., gangsters and exploiters.

Unfortunately for those attending, only the Prime Minister was afforded a back entrance. Everyone else had to run a gauntlet of heckling and abuse from the assembled protesters. Fat cats draped in ‘pin-striped’ suits and smoking fat cigars very quickly lost their swagger, resorting to ‘sneaking’, and ‘slithering’ past, trying to hide their faces.

The initial presence of 5 cops quickly swelled to around 50 once news of Cameron’s arrival started filtering through. For the next twenty minutes the incredibly inept cops attempted to move us all into a kettle, without much success. An Incredibly ignorant Chief Inspector then arrived and read various sections of the public order act over a loud speaker. A man was subsequently arrested for refusing to move into the kettle (released later without charge). Within minutes, Cameron’s ‘austerity’ Jaguar limousine sped past, followed by several other similar vehicles, straight around the back of the building.

The numbers of activists quickly dwindled, leaving around 20 of us. We managed to leave the kettle and move around the back of the building to the conference room itself, and disrupted the speakers with a variety of chants. We were again, and had to dearrest a comrade who was grabbed as he tried to leave. As the conference came to an end we re-assembled at the front so that we could say goodbye to the guests as they left.

As Cameron’s convoy attempted to leave, a brave comrade ran into the road to stop them. The first car knocked him over before driving off at speed. He was then pounced on by a group of 5 brave cops with sticks, and bundled into a van. The comrade was released soon after, and was charged with obstructing a public highway. Chief class traitor Anderson was the last to leave.

Flanked by two lackeys with blue tooth headsets he strutted to his waiting ‘people carrier’, laughing and smirking all the way there.

The ineptitude shown by the police was later thought to have been a deliberate attempt to play down any protest of Cameron’s visit. This was then confirmed by the Echo write-up, which – despite journalists being present throughout – failed to mention the three arrests, the knocked-down comrade, and only briefly touching on the disruption to the conference itself. They described the whole event as ‘peaceful’. I am not sure what event those two-bit hacks were at, but it wasn’t the same one as us.

Early morning, 29th December, a 23 year old woman died in a hospital in Singapore surrounded by her family. 13 days earlier she had been brutally gang raped by six men whilst travelling on a bus in Delhi with a male friend. The attack caused irreparable damage to her vital organs and has triggered outrage across the world. Liverpool Solidarity Federation expresses solidarity with feminists and feminist allies in India and worldwide who are taking direct action against assault and deep-rooted attitudes of victim blaming, slut shaming and denial of a problem that is so clearly existing.

Just prior to Christmas, Liverpool Solidarity Federation joined many other activists as part of a nationwide day of action against Starbucks. As well as selling shit coffee, Starbucks used creative accountancy, and legal loopholes, to avoid paying any tax. This was despite making huge profits.

In the week leading up to the action, Starbucks agreed to make a ‘token gesture’ and pay the bare minimum tax. The government and capitalist press rejoiced, but what they failed to mention was that they would not pay tax out of their profits, they would raise the money by attacking the terms and conditions of their poorly paid staff.

Around 100 activists converged on Starbucks on Bold St. Very quickly ‘plod’ instructed the store manager to close the doors to customers. Despite a police riot van doing its best to block the public from viewing the protest, we managed to distribute close to 1000 leaflets, and had plenty of positive engagement from those passing by.

Many of us then moved on to Starbucks in Liverpool One. Within an hour of the occupation we managed to close down the second branch – much to the annoyance of an extremely hostile branch manager – a man who likes to get in the faces of activists, and who tells lies about threats against ‘his customers’ and ‘his staff’. Again, we received plenty of support from passers-by, and distributed
all of our literature.

Following the closure of two branches of Starbucks we decided to turn our attention towards workfare exploiters Poundland. Upon arrival, the store security guard was quickly alerted to our presence and summoned via radio another 5 security guards. The guards were less than sympathetic to our cause, and very keen to defend their exploiting bosses. They made numerous threats of violence, tried to stop us handing out information to customers, and even snatched leaflets from customers’ hands, screwing them up and throwing them at us. ‘Plod’ arrived in minutes, and the bonehead security staff quickly scuttled off. All things considered it was a successful day.

RYANAIR ON THE RUN

Last November saw a successful communications blockade of Ryanair’s chief exploiter David Bonderman's TPG company and a protest while the Irish president Michael D. Higgins visited
Liverpool, with both being a complete success.

The start of 2013 will be a busy one for the Ryanairdontcare campaign, with a Dutch KRO reporter’s documentary which involves four Ryanair pilots turning whistleblower, a 7 day camp
protest this January at Stansted Airport to highlight Ryanair's recruitment policy, their bid for Aer Lingus plus the sale of Stansted Airport which involves Ryanair's chief exploiter David
Bonderman. The Ryanairdontcare Campaign will continue to be a thorn in Ryanair's side.

A BUSY MONTH IN LIVERPOOL

On 18th January, council officials will be meeting at the Echo Arena in Liverpool to discuss their position on the cuts, even though they’ve already decided to implement them.

Liverpool Solidarity Federation will be in attendance and invites everybody to come along and give these parasites the warmest of welcomes.

This article was published on 24 January 2013 by the SolFed group in Liverpool. Other recent articles: