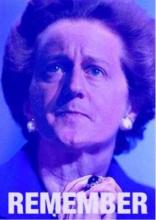 Around 100 trade unionists, members of Solidarity Federation, and other local anarchists

AROUND 2,000 workers at the Maruti Suzuki car plant in Manesar, India have been taking unofficial strike action demanding the recognition of a new union formed by workers in the plant. Around 1,000 other workers from other workplaces have been rallying outside the plant in solidarity.

Meanwhile a committee of representatives from workers’ organisations in the Gurgaon-Manesar region has been formed to support the strike, and has declared its intention to join the strike if their demands are not met.

“If the issues are not resolved immediately, then a similar strike can happen in other factories in the Gurgaon-Manesar industrial belt,” AITUC Gurgaon District Secretary Harjeet Grover, who is also the General Secretary of HMSI Employees Union, told the Indian press.