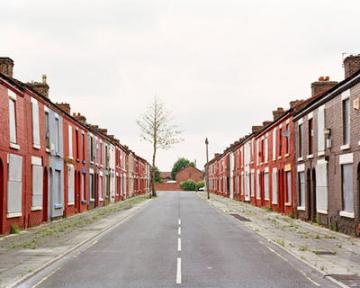 A campaign to save Toxteth’s historic Welsh Streets from demolition has been dealt a blow after English Heritage refused to put a preservation order on 9 Madryn Street, the house where Ringo Starr was born.

The 11 streets of Victorian terraced houses were built by Welsh workers to house local dockers and their families. The area was also infamous for its radical political tradition.

Lack of central heating and persistent rising damp has driven the most recent residents out, but preservationists argue that modern restoration methods can make the homes habitable again. This is obviously an idea that the property developers don’t want to see gain traction, as simply restoring the houses would not justify massive asking prices.

While residents were offered just over £60,000 for their homes, the properties that will replace them will have a reported starting price tag of more than £120,000.

When developers and local authorities use modern jargon such as regeneration and housing market renewal, what they really mean is cleansing communities of their working-class character and making a shed load of money in the process.

The Welsh Streets should be spared the bulldozer and restored, not because a Beatle used to live in one of the houses, but because they are part of our local working-class heritage.

This article was published on 30 December 2010 by the SolFed group in Liverpool. Other recent articles: