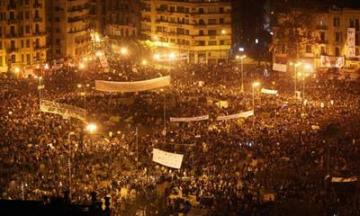 Below is the text of a speech given by a member of our Polish sister organisation, the ZSP-IWA, outside the Eyptian embassy in Warsaw.

The human urge for freedom and dignity burns intensely in Egypt. We support this urge for change, for greater freedom and a chance to shape ones own life. Only we ask the question: what next?
Will the Egyptian people exchange one authoritarian, unaccountable leader for another with a shorter term in office? Or just transfer power from a narrow group of rulers to a wider one? Or will the people take, for themselves, more direct control over their lives, creating community and workplace decision-making practices?

Will the people settle for regime change and then become passive observers for the rest of their lives?
Will freedom come to mean the absence of governmental and religious invigilation and control, or will it only be a symbolic gesture?
Will changes to the economy mean more of the same: property in the hands of the wealthy, with the great masses slaving in poverty? Or will it mean common ownership and equal distribution?
The people in Poland remember the time when „freedom” was one of the main slogans of a movement, when the masses inspired to make changes fought for regime change – and won.
But what happened next with many of the postulates of the movement should be a warning for all. Instead of having more control in the workplace, we have only symbolic representation. Instead of mass improvement of living conditions for all, we have thriving elites and widespread poverty. Instead of giving the next generation hope of a better life, they are burdened and stressed by competition, uncertainty and class disadvantages. Instead of working in dignity, we beg for crumbs from our employers and accept all sort of humiliation to survive in this economy. And instead of creating a more just society, we have created one of the have and have nots, with growing misery for the poor.
Politically, we have traded one band of authoritarian rulers for cliques of cronies who stay in power for decades, we have traded political disenfranchisement for political passivity and ambivalence.
Our wish for the people of Egypt and all that follow is to do a better job fighting and not give up your potential power to the next band of leaders claiming they have solutions for you! Organize yourself: in neighbourhood committees, in workplace unions and councils, in regional federations, even at the international level. Keep the power as close to the ground as possible – decide things with direct democracy, in open assemblies, not by choosing leaders who do not answer to you! Any people you delegate, your answer directly to the people, to the decisions they make amongst themselves on the most basic level! Do not allow yourself to be governed, because to be governed means to lose your freedom!
Egyptian people! The sign of true progress is the movement towards real equality: material and social. The „revolution” is nothing if it does not move the great masses of the Egyptian poor out of poverty, humiliation and misery into a position of being equal citizens, not only with equal rights, but with equal life conditions.
Egyptian people! Rise up, but not only against your current political leadership! Organize against the bosses that enslave you and the system that keeps your masses in poverty and want.
Long live freedom and revolution – real revolution, not regime change! Real freedom – direct democracy, without bosses or governors! 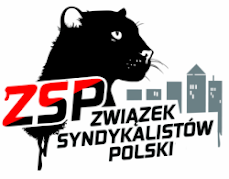