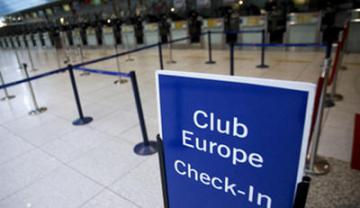 Portuguese society has gone trough considerable changes for the past half-century, going from a rapid industrialisation starting in the 1960's, fueled mostly by the influx of foreign capital, from which a more combative and organized working-class would emerge, to an equally rapid de-industrialization, as cheaper sources of labor-force would be found in Eastern Europe and Asia. The Portuguese economy nowadays is dominated by small, inefficient service companies, where workers have become more isolated from one another, have less traditions of struggle, are generally on precarious terms, and are paid those miserable wages that make it possible for such companies to survive. The whole system has been in an acute state of crisis for the past 10 years and workers have been its first victims.

After having fought so hard to demobilize workers in the 1970's, when the fall of the Caetano dictatorship was followed by a period of mass working-class direct action we use to call PREC, the left is starting to realize the consequences of having been too successful, as there is no one left to fight over the scraps of the Social State that have survived the continuous bourgeois violent attack. But reengaging the masses and starting a real fight is too dangerous for them, as they fear things may easily get out of their hands. Hence, their struggle is always carried out in a deliberately limited and ineffective way. Like one-day strikes.

This time, the socialist-run UGT trade-union joined the strike, though they feel there is not much to be done, since their party is already in government, and simply intend to beg something from the State, so all the necessary «sacrifices» to appease the international finance speculating against the Portuguese debt are not put exclusively over the shoulders of the Portuguese working class. It's not even necessary to say that their voices will not reach the heights of the ministerial cabinets, not even the one belonging to Helena André, current Minister of Labor and former UGT bureaucrat, now tasked with the ungrateful duty of disputing strike figures with her former comrades. As for the other trade-union, the communist-run CGTP, it intends to capitalise on popular discontentment and echo the Communist Party's slogans, for the day of presidential elections is getting close and the PCP has a candidate of its own, in defense of «national production». Needless to say, they will get very little out of this. People have seen them in action too many times to continue believing in them.

As reasons for discontentment abound and people actually want to do something, this strike was in fact larger than the previous one, back in 1988. For a day, there was no subway in Lisbon, nor boats from the South Bank of the Tagus to Lisbon. Most bus and train services also came to a halt. All Portuguese ports were closed, and flights to and from the Portuguese airports had to be canceled, much to the displeasure of the government, who had pressed the airport workers not to strike. Schools were generally closed and so were most public services, despite the pressure from their administrations to keep them open. In the textiles industry, where unions used to have some influence, strike figures were lower, but the crown jewel of the Portuguese industry, the French-German owned car plant Auto Europa, joined the strike and halted production for the day. Evensuch a business-friendly apparatchick like António Chora, affiliated to the Left Block and the head of the workers' commission, felt he should join in. The services sector, where precarious work is common, was the least affected one. Most stores, supermarkets and shopping malls continued open, and only the lack of available transportation would do something to keep customers away from them. Needless to say, most – if not all - call centers also remained open and functioning normally. We would pay some of them a little visit.

Even if the strike was big, the figures advanced by CGTP and immediately echoed by the Communist Party – 3 million workers joining in – are a gross exaggeration. In Portugal, where the active population is little more than five million, two workers out of five are on a temporary contract, and you still have to add to that figure almost a million of fake independent workers. They couldn't join the strike, for fearing they would be risking their job, even if they have more than enough reasons to protest.

We must say that the reception to our actions, both before and during the strike, was quite good. We issued a special bulletin dedicated to the General Strike and distributed it in the week before the strike. Most people seemed interested, and some even asked us for extra copies in order to distribute them themselves.

In the day of the strike we organized an informative picket together with other anarchist comrades. During the morning we walked trough Lisbon distributing our General Strike bulletin and other leaflets. We entered several shops, restaurants, supermarkets and shopping centres which were open, distributing our propaganda to the workers. Many of these workers were quite glad to receive the leaflets and told us that they couldn't join the strike, because they would be fired. We paid a visit to some call centres, where we read out our texts using a loudspeaker and called for participation in the anti-capitalist demonstration in the afternoon.

After lunch, we continued handing out leaflets and calling people to the demonstration all the way to Camões Square, where it would start.

Several anti-capitalist and anti-authoritarian collectives had called for an anti-capitalist
demonstration at 3 pm in Camões Square (in the centre of Lisbon) under the theme “For blockades
and sabotage - The strike doesn't stop here”. This was the only demonstration being called for the
day of the General Strike in Lisbon. There were only about 200 people when we got to Camões
Square, but the demonstration would grow into a mass of 1000-1500 persons shouting slogans
like “A..., Anti..., Anti-Capitalists”, “The people, united, need no party” (“El pueblo unido funciona sin partidos”) , “Social war against Capital” (“Guerra social contra el Capital”) or “Sabotage, Wildcat Strike”, (“Sabotaje, huelga salvaje”) marching through downtown Lisbon. We joined in with red-and-black flags and a banner reading “Against capitalist exploitation! For social equality! United and self-organized we'll show them the 'crisis'!” (“¡Contra la explotación capitalistas! ¡Por la igualdad social! ¡Unidos y auto-organizados les vamos a enseñar lo que es “crisis”) , handing out the few leaflets we still had.

After the demonstration, some people squatted an empty building naming it “House of the Striker”, giving a free meal to all the people that went there. This squat was evicted by the police the day after.

During the morning of the General Strike, we went trough the old and impoverished quarters of Oporto, with flags, drums and a red-and-black banner reading “United and self-organized, we’ll show THEM the ‘crisis’!”, with comrades from the anarchist collective Hipátia. We handed out leaflets and read them with a loudspeaker at different places, calling people to the streets and to the central square, where a meeting organized by the official unions would take place in the afternoon. We also shouted slogans like "No cuts at social and labour rights!", "Against hunger and poverty, cut on the wealthy!", "To change the flies isn’t enough, we must clean all the shit!”, "Against the State and Capital - Social Resistance and Social Revolution!". People received our leaflets with curiosity, but most of them stayed at home and didn’t join us.

In the afternoon, with a larger group, we went beside the São Bento railway station. Meantime, the official unions were having a press conference nearby. We began to sing some songs, like a Portuguese version of the old CNT song “A la Huelga” ("To the Strike"), "The Internationale" and others, stopping to read some articles from our special General Strike bulletin and speaking about the need to self-organize against the bosses, the State and the “crisis”. More people joined us and, afterwards, we went to the city’s central square, Praça da Liberdade, where we continued reading our anarcho-syndicalist propaganda and singing, being joined by the people there.

We noticed that most people approaching us were either Communist Party members or sympathizers but they seemed curious about us and even demonstrated some sympathy. So, we decided to make a little popular assembly there, inviting everyone to use the loudspeaker and talk about their reasons to be revolted against the current situation and join the General Strike. Then, some people, that we assumed to be Communist Party members, started using their own loudspeaker, but we established a funny dialog with them, a kind of "theatre of the oppressed". They became a bit confused and left the place.

All that time, we didn’t see any cops or "official" unionists at this place. Even the expected usual demonstration didn’t take place. Surely, this was not a real General Strike, but it was an obvious demonstration of distrust in the government, State, bosses and managers to deal with the "crisis" they insist on making us pay for.