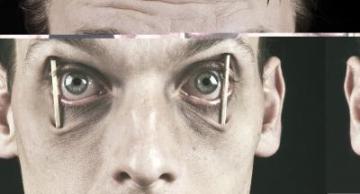 In 2018 Mencap, the learning disability charity with an unappealing name, took the government to court. Mencap wanted to challenge an earlier ruling on whether or not sleep shifts count as work, for the purposes of calculating the national minimum wage. They won their case and now, thanks to them, sleep shifts are no longer legally recognised as work. So if you sleep as part of your job, your boss doesn’t have to pay you for it.

I am lucky; I haven’t worked a sleep shift for years — they do not involve a lot of actual sleep. In my old job in a dementia unit I would work a late shift from 3pm-10pm, at 6am I would start getting residents washed and dressed, and between 10pm and 6am I was nominally “asleep” and therefore not getting paid. Even if I was getting paid, this would still be a breach of Working Time Regulations (something that most care workers opt out of when we sign our contracts).

There was no expectation that we would actually sleep between these hours. There was one other worker in the building at night, and we had residents who needed repositioning by two carers every two hours throughout the shift. Management were fully aware that sleep shift workers didn’t actually sleep more than the odd nap. I would do this shift pattern (work from three, “sleep” from ten, work again from six) every Friday, Saturday and Sunday night, adding up to a 51-hour working weekend.

Care work is not easy work. It’s not something you can do with half your mind on the job. Like the army, or Hollywood, it consumes your whole life. You become a carer first and everything else (a spouse, a parent, a teenager, or whatever else you might be) second. People died between ten and six and I was the last person they saw. I would sit down on my heels next to the bed, trying to find the words to comfort the client and planning what I was going to say when I called their family.
Meanwhile, part of me was still asleep, not sure if I was dreaming, and part of me was clock-watching and trying to count how much sleep I was going to get before I had to do it all again the next day.

Whether or not care workers deserve to be paid for sleep shifts is not really the issue. It’s a stupid discussion because clearly we do, and much more besides. Right now, illegal non-payment of the minimum wage is at its highest-ever level. Even before the Mencap ruling, most bosses managed to keep their bank balances intact through good old-fashioned wage theft. The care sector is one of the worst-affected industries. On top of that, the Independent recently reported that it’s nearly impossible to actually live on the minimum wage, so if you earn that, even if your boss isn’t robbing you blind, you can kiss goodbye to paying rent. In this context, “what work deserves the minimum wage and what doesn’t?” is a bad question to ask.

Care work is paid poorly because it is traditionally done by women. Society generally treats care workers like angels, but when we try to assert our humanity by asking for things like sleep and wages, people get squeamish. I suspect there are many people out there who do not think we should get paid at all; that people see care as part of the “natural” gender roles of women under patriarchy. Carers clean, feed, raise and nurture and counsel at home. Then they go to work and do it all again, and many people don’t see the difference. The denial of wages to care workers is just another step away from the recognition that care work is work, and another economic shackle to keep people of one gender financially dependent on another.

And of course, the fact that care work is under-valued is a direct consequence of the devaluing of disabled people under capitalism. To the capitalist class, the consumers of care services are not a lucrative demographic to cater for, and social care must seem like a bad investment. If disabled people had more spending power then carers would be paid more.

This is an inescapable problem in an economic system that can’t distinguish between profit and worth. We know that the crisis in care workers’ wages is a consequence of capitalism. We know that we need a better world; a world where we can give our care to those who need it, not just to those who can pay. But back when I was 19, I was using payday lenders to make rent. Pay us today, and we can build socialism tomorrow. Instead of asking “do I deserve the minimum wage?”, try asking “could my boss even do my job?” instead, and if the answer is no, follow that thought experiment and see where it takes you.
These are revolutionary demands. First, we want our money back, and then we want our lives back. This will not stop with the minimum wage and it certainly will not stop with Mencap, but we need to fight from where we are, and if we don’t stand up now we might never do so.

Sleep shifts are work. Care work is work. If you want to support care workers, here are some practical things you can do:
Come to our demos, and tell your friends.
Share/RT on social media.
Share/RT some background info about Mencap, sleeping pay and wage theft.

If you’re not near Bristol, organise your own Stand up to Mencap demo in your city. Get in touch with us for ideas.If you or your friends work in care, get in touch with us. We can help you fight your boss, we’re cheaper than a big union, and we won’t sell you out.

Or, even better, start your own DIY union. Get together with your coworkers, learn your rights, support each other and start standing up to your boss. If you don’t live in Bristol but you do work in care, think about starting your own Care Workers Network. Get in touch with us for advice, or get in touch with your nearest Solidarity Federation
THIS ARTICLE FIRST APPEARED IN FREEDOM https://freedomnews.org.uk/sleeping-on-the-clock-is-no-dream/

Manchester Solidarity Federation is in the process of forming a Careworkers Network. If you are a Careworker and want to get involved, or if you are having problems at work, please get in touch at mcrsolfed@gmail.com

This article was published on 25 February 2019 by the SolFed group in Hull. Other recent articles: