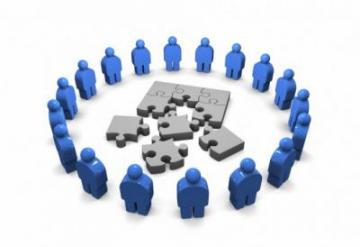 This October saw the Tech & Digital Workers' network of the Solidarity Federation hold it's first meeting at the Freedom offices in London.

There was a very good attendance, including both SF members and interested non-members. There was a good number of different fields represented at the meeting including; I.T. Support, web development, solid state electronics, games and research among others.

It was primarily an opportunity for us all to meet fellow workers  face to face and to discuss our various jobs, the issues that effect each of us individually and the issues present in our industry as a whole. Issues such as unpaid overtime, health & safety, low wages, deskilling, precarious and temporary employment were all discussed.

We also began discussing potential ways in which we could begin to fight back against these kind of issues. All agreed that building a culture of solidarity within the tech & digital industries is vital. Our industries cover a very wide range of pay-grades, conditions and contract types. Yet our strength lies in uniting our fights together with solidarity and mutual aid. There was also talk of building links with other groups engaged in tech industry struggles, both in the UK and internationally.

Another important discussion held at the meeting was defining exactly who our network should cover. We felt it was important that we should organise industrially, that is among all those whose work helps produce technology for our society. This includes everyone from high level coders and designers to assembly line workers, admin and logistics. We agreed that there is a very strong need to fight against the perceived hierarchy that seperates these different types of workers in the Tech & Digital industries, as well as the hierarchy between bosses and workers.

There was also some discussion on the nature of technology itself and some of the social issues surrounding it. It was clear that there are many issues around technology that will have to be engaged with, as we don't just want to be a union that deals with struggles here and now but want to build a new, free and equal society.

All present felt that the meeting had been a very worthwhile first step and we are looking forward to more activity in the near future. We are currently working at getting a better contact system set up, but for now if you are interested in getting in touch then you can contact us via the 'industrial networks' section of the website. For those of you who will be in London for the Anarchist Bookfair we will also have members present at the SolFed stall. Feel free to drop by and get in touch!

This article was published by the Tech & Digital Workers. Other recent articles: