The need to help the people of Ukraine should not blind us to the fact that there is no such thing as a just war. There are only wars in which ruling elites use ordinary people like pawns to be sacrificed to meet their immediate interests. 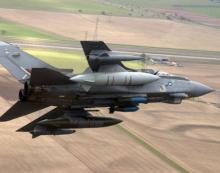 BRITISH TROOPS only ended operations in Iraq at the end of May, and already a new conflict is underway in Libya. The new war has been a game-changer in a number of ways. Most obviously, it marked the “second wave” of the Arab Spring, the revolutions in Tunisia and Egypt appearing smooth and rapid in comparison to the drawn out street battles in Bahrain, Syria and Yemen. But it also proved to be the point at which support for “humanitarian intervention” was once more acceptable after the Iraqi quagmire.

Imperialism is back with a vengeance. Before the brutal war against Iraq was even over, the US began issuing threats against Syria - clearly, the US government will not rest until the whole of the Gulf region along with its oil is under American control.