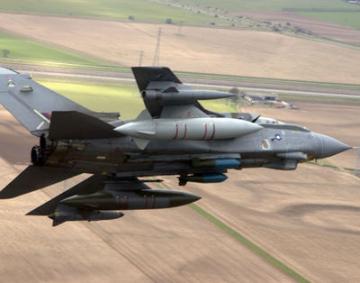 BRITISH TROOPS only ended operations in Iraq at the end of May, and already a new conflict is underway in Libya. The new war has been a game-changer in a number of ways. Most obviously, it marked the “second wave” of the Arab Spring, the revolutions in Tunisia and Egypt appearing smooth and rapid in comparison to the drawn out street battles in Bahrain, Syria and Yemen. But it also proved to be the point at which support for “humanitarian intervention” was once more acceptable after the Iraqi quagmire.

This time, the protests were so small as to barely warrant news coverage. There were no millions on the streets of London. “Anti-war” newspapers such as the Independent contained editorials pondering “the sensitive politics of humanitarian intervention” and urging the West to “win the propaganda war.” Where they once labelled the death of Dr David Kelly a “whitewash,” they are now only concerned “if civilian deaths are verified” because it “undermines the legitimacy of the mission.”

Those touting the “humanitarian” credentials of this war make the same mistake as those who supported entering Iraq because it meant getting rid of Saddam Hussein. They presume that states can act on an altruistic basis. But, as the US and EU’s initial opposition to a no-fly zone demonstrates, the only question of any merit is “national interest.” It was when Gaddafi became too much of a liability to play his former role for western oil interests - indeed, losing control of the Eastern oilfields to rebel forces - that all parties quickly turned against him. European refineries are heavily dependent on Libyan crude oil, which is cheaper to process than most other grades.

The same is true when Western powers turn a blind eye to Saudi intervention in Yemen and Bahrain, or side with Libyan rebels whilst supporting repressive regimes elsewhere. The only guiding principle of all world powers in their foreign policy is to serve the interests of the political and economic elites.

The result is another protracted conflict, with heavy casualties on both sides and an uncertain outcome. Despite any intentions towards democracy, Western intervention leaves Libyans caught between a dictatorship, so desperate to cling onto power that it is using rape as a weapon of war, and Western free market policies which increase misery, poverty and inequality in the name of profit. Lofty talk of humanitarian intent simply doesn’t match up to reality.