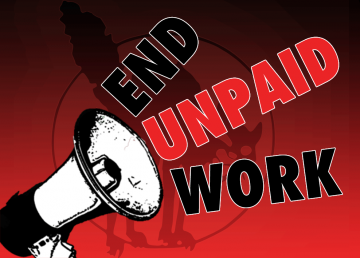 Our first target was Poundland, a campany which SolFed has picked as a national target. We engaged in a small but vocal picket, speaking to members of the public and handing out hundreds of leaflets. Passers-by were rightfully outraged by Poundland's use of unpaid staff and expressed disgust of the effect workfare would have on all of us by reducing jobs and giving employers the green light to cut hours, reduce wages, and eliminate overtime.

Our next stop was Nando's restaurant, where it's just recently been alleged that a claimant was sanctioned after refusing a workfare placement at the chain.  After more leafleting and further discussions, members of NLSF moved indoors for much welcome cups of tea.

Our message to all employers who use workfare is clear and simple: stop your involvement in this exploitative scheme.  All around the country, the employed and unemployed alike are coming together to fight back.  Workfare is an attack on all of us—claimants and workers alike—and we won't stand for it.

This article was published on 3 November 2012 by the SolFed group in North London. Other recent articles: