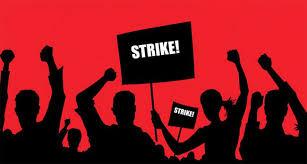 In the coming days lecturers from 61 universities across the country are going on strike. In Liverpool, the UoL and the School of Tropical Medicine will be affected.

The strike action, called out by UCU, is in response to the newest attack to their working conditions. This time is about the pensions.

Lecturers are faced with the proposal of much less security in retirement. Currently, they are aware of the amount of money they will receive from their pension when they retire. It is being proposed that this will change and will instead be based on investments of their pension contributions. This results in an unsecure situation, where they cannot be sure they will receive enough money to support themselves in retirement.

However, the idea of job security is at odds with the plans of University United Kingdom (UUK). They have a clear view about the modern and competitive University they want: insecurity and low pay for the staff, high fees and loans for students, the State and multinationals controlling the education and, finally, big salaries for high-rank managers.

As an example, we have Dame Janet Beer, Vice-Chancellor of the UoL who earned £300,500 last year plus £36,700 in pension contributions. Beer was one of the main promoters behind this change to staff pensions.

From SolFed we want to call out on all the lectures to join the strike, but we would like to extend this call to all the University and all the working class in general to support them by spreading the word, showing up at the pickets, demos and any other actions organised by the strikers.

Although we are told that this is just a problem of a specific group of supposedly privileged workers, we see this as an attack, one more, to the living conditions of all of us– we shouldn´t allow managers to target us one by one.

UUK and its ideological devotees will try to isolate and demonise the lectures on strike. The reason is clear, they are scared about nothing more than our solidarity, because our solidarity questions their plans and, ultimately, their authority.

We could say that by supporting the strike it would be won sooner and there would be less disruptions, and that’d be true, but we prefer to say that what they are doing to the lectures is a dirty trick and we shouldn’t allow them.

An injury to one is an injury to all!
Solidarity across the Campuses and beyond!

This article was published on 21 February 2018 by the SolFed group in Liverpool. Other recent articles: