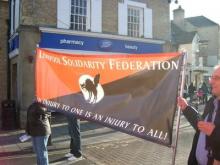 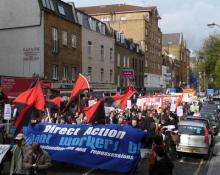 We join the fight against the cuts now because they will bring immediate and real hardship and suffering to working people. But the answer does not really lie in a readjustment of the government’s budget.

The real answer lies in a fundamental change in the way we organise our society and economy. The fight over cuts is symptomatic of the fight between the wealthy, the capitalists, and the workers. It concerns how the wealth generated in society is distributed: but a slight shift one way or the other is not enough.