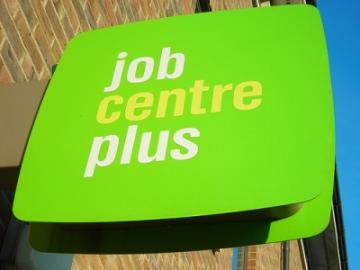 The Youth Contact was launched at the beginning of April amidst much fanfare and empty talk about helping young unemployed people, whose numbers now stand at record levels. The initiative includes not only the expansion of workfare but also the much anticipated means by which the government will seek to salvage its flagship employment scheme, The Work Programme, from the consequences of its unsustainable funding model.

The Youth Contract provides funding to increase the number of available places on the JobCentre Plus’s Work Experience and Sector-based Work Academies schemes to ensure “there is an offer of a place for every 18 to 24 year-old who wants one.”

These programmes have already been described in previous articles on this website. However it is worth reemphasising that in spite of now referring to the scheme as ‘voluntary work experience’ the voluntary nature remains ambiguous, with even the government’s newer statements declaring “the young person is asked to commit to the job opportunity they’ve been given through the Youth Contract or risk losing their benefit.” It is also worth remembering that those who refuse to volunteer may, as a consequence be forced onto the government’s Mandatory Work Activity scheme as a disciplinary measure; indeed it has been revealed that part of the funding for the Youth Contract will be spent on expanding these compulsory placements.

In addition to an expansion of workfare, the Youth Contract is pushing for more employers to adopt apprenticeship schemes. Since the minimum wage for apprentices is only £2.60, these have become a convenient way for companies to bypass the National Minimum Wage, even seeking to recruit experienced staff at apprentice rates, a trend that seems especially prevalent with admin vacancies. As with workfare we see the proliferation of apprenticeships with little or no training value as a means to undermine the pay and conditions of all workers.

The most interesting part of the Youth Contract is the new Wage Incentives that will now accompany the Work Programme. As mentioned in our previous article on the workings of the Work Programme, the programme was suffering serious funding issues as a result of its ‘payment by results’ model and the dismal results that providers of the scheme are evidently producing.

Being the Coalition’s most prominent employment policy it seemed unlikely that they would allow the Work Programme to collapse so early. However, in order to keep it running the government would have to find a way to boost the revenue of the private companies acting as providers, preferably without looking like they were paying them more money for worse results.

By the time the Coalition announced the Youth Contract they were aware of the poor performance of the Work Programme, which explains the inclusion within the policy of a new incentive for employers to recruit through Work Programme providers: a wage subsidy of up to £2,275. These Wage Incentives aren’t for unemployed young people, but only for young people on the Work Programme so that any take-up will boost the apparent success rate of the programme and generate more profit for the providers.

Wage Incentives aren’t new of course, they were also an aspect of Labour’s New Deal policy (called the Employer Subsidy) which has been resurrected and re-branded by the Coalition for the sake of political capital and to surreptitiously rescue the Work Programme.

The Youth Contract merely reaffirms the Government’s commitment to its workfare policies; policies that are a concerted attack upon the pay and conditions of all workers. Unemployed young people, whose futures already look bleaker than ever, are just the latest group to be targeted through the heightened exploitation of workfare.