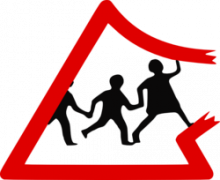 Bournville School on strike next week. Worthing High out this week. Noel Park School, Haringey out.

The latest action is set for Wednesday 18th and Thursday 19th July in "protest at the failure of the school to enter into meaningful consultation regarding proposed conversion to Foundation status and in protest at the change of employer with resultant threat to terms and conditions."

Bournville School, Birmingham. Stories of successful attempts at defeating academy coversions seem to be thin on the ground at the moment, with over 1,200 new or conversion academy schools being created since Conservatives/LibDems came into power, so it was inspiring in autumn 2011 to hear that staff and parents at Bournville School in Birmingham defeated governors plans to convert the school into an academy. After a forceful parent campaign against the conversion, and the threat of united strike action by NASUWT and NUT the school's governors shelved plans to convert to an Academy, for at least a year. This means the fight is not yet over though this was a huge victory and an example to all other schools fighting academy conversions.

On the 26th of January in Sparkbrook, Birmingham- Montgomery Primary School  held a public meeting at a local mosque. The meeting was well attended by the local community, parents staff and trade unions involved in the fight to stop Montgomery Primary School becoming an academy. The speakers included Rich Hatcher from the Alliance Against Birmingham Academies and speakers from all the trade unions involved in the campaign (NUT,NASUWT and GMB) as well as parents. The speakers made clear that the academy programme is an ideological attempt to further privatise education.