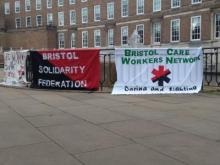 Bristol is great, right? This city was named the “best place to live” in the UK by the Sunday Times in 2017, the best place for under 26s by The Independent in 2019, and Bristol districts like Easton and Old Market regularly win national accolades as the best/trendiest/coolest place in the UK to set up home.

The city exudes a progressive, green and tolerant vibe; 62% of Bristolians voted remain in the Brexit referendum, and all four of Bristol's parliamentary constituencies are held by the labour party, as is the city’s elected mayoral office. Bristol boasts Fairtrade City status and was named Green Capital of Europe in 2015. Newcomers to Bristol tend to see the city as a liberal paradise.