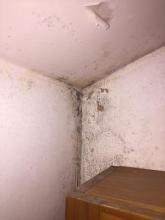 Brighton lettings agency MTM is facing a growing campaign by a group of tenants organising with Brighton SolFed for compensation after they paid £34,320 in rent to live in damp (pictured) and infested accommodation for a year. Recently, the landlady made a series of threats against the tenants. These include informing their places of study about the dispute, and attempting to get them blacklisted by agencies in the city and “all landlord associations in the country”. Regarding the former threat, we have informed the landlady that the tenants' places of study are already aware of the issues these tenants faced and have been sympathetic toward the situation. 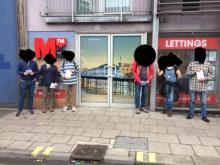