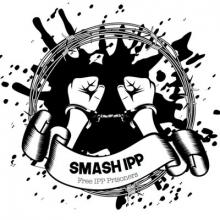 The Smash IPP Benefit is only a few days away. The fun starts at 7.30pm in Manchester city centre, please call 07857 945846 on the day to find out the location.

Pasta Hull - psychedelic funk hip hop rock concoction and the most exciting up and coming band in Wales (https://pastahull.bandcamp.com)

Plus bar, DJs, short films and a raffle with the chance to win some special prizes. Entry is by donation.

The Solidarity Federation will be holding a workplace organiser training day in Manchester on November 24th. The training is based on a direct action approach to organising rather than looking to use employment laws to resolve workplace issues. No experience of workplace organising is necessary and the training takes place in a fun and friendly atmosphere. So if you are interested in organising your workplace, or just want to learn about the organising process, this course is a great way to make a start.

For more information, or if you have any questions or queries, please get in touch at training@solfed.org.uk

Manchester Solidarity Federation concluded its dispute with Fortis Student Lettings in July. The dispute ended positively with the four tenants involved receiving a total of £832.00 in compensation. We have delayed issuing this statement until after confirmation of the compensation payments.

Before our involvement, the four tenants' complaints had been ignored; they found themselves being passed from pillar to post; their efforts to speak directly to Fortis managers were invariably met with claims that the person was not available; in some cases, these overseas students were met with what could most kindly be described as insulting claims by Fortis staff that they cannot could not understand them. 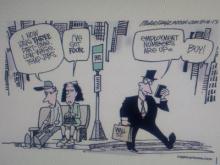 On Monday (June 4), Manchester Solidarity Federation demonstrated outside the head office of Fortis Student Lettings in Altrincham, near Manchester.

It was an action in solidarity with a group of tenants renting in Chester through this letting agency. Fortis had allowed unacceptable delays in carrying out basic maintenance resulting in tenants living, for example, with damp and mould, or without hot water for months: https://www.facebook.com/pg/ fortishorrorstories/posts/. The tenants are now asking Fortis for compensation and the agency keeps ignoring them or to engage in any attempt at mediation.