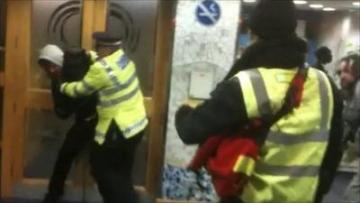 The anger displayed at Lewisham and the willingness to take direct action may be an indication of things to come. As cuts are passed and implemented across the country, it looks increasingly likely that they will be faced by serious opposition. As a participant at Lewisham  put it, “the cuts must be unworkable, we must be ungovernable.”