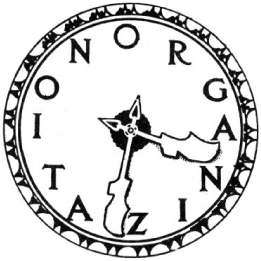 Class matters in Britain today. It always has, but for a long time the media and politicians have pretended that the real divisions in this country are among those who work or are on benefits. I disagree and instead hold that the real differences are between those who own and control the economy and those of us who don’t. Put it like this: the country is run in the interests of that tiny elite. The public face of that elite are often politicians, whose parties claim to be different but actually share more than they differ. We had thirteen years of Labour government, acting in the interests of that elite, despite their rhetoric. Who did well? Bankers and financiers, property developers, management consultants, PFI owners. Who didn’t? Almost everyone else, particularly if they didn’t benefit from rising house prices.

At the grass-roots level, most people who go into politics do it because they want to help. They are not all bad people, but the political system only allows for a neo-liberal reality. Even where politicians make promises that might benefit ordinary voters, such as the Liberal Democrats promising no increase in tuition fees, they drop them once in power as the pressures from big business and international investors start to tell. We could, of course, ask those piling on the pressure to make cuts to behave more reasonably. But it is not in their interest.  All they care about is profit – ethics or morals don’t come into it.

So, Vodaphone is let off £6 billion in tax; Boots calls for cuts while running its own headquarters affairs through a Swiss Post Office Box, solely to avoid tax here. Another firm pushing for more austerity, Diageo, structures its business in such a way as to avoid paying tax in the UK on money made from manufacturing Scotch whiskey, among other things. If rather than listening to what politicians and big businessmen say, we look at what they do, the message is clear. We are not in this together!

Most of us face a situation where pay is stagnant or falling; the government want to use the unemployed to work for less than the minimum wage thus keeping wages low. The minimum wage itself is so low that it regularly gets topped up by benefits, which are in effect a subsidy to skinflint employers.  The cost of living is rising, despite what the official inflation figures say. Fuel, food and transport are all going up, and VAT rises in January to 20%. The coalition plan to raise council rents to 80% of market rates, then cut housing benefit as well. For those of us with a mortgage, rates are flat, but for how long?

If you aspire to improve your lot through education, you’ll be punished financially. The Education Maintenance Allowance, paid to students aged 16-19, is to be scrapped by Michael Gove, who specifically stated he wouldn’t scrap it during the election campaign. Fees for attending university are set to rise. It’s all very well saying that they will be paid off once someone starts to earn enough, but a future debt of £40-£50,000 is a deterrent to anyone who doesn’t mix with millionaires.

For most workers today, retirement is a receding prospect. Those of us who do have jobs work the longest hours in Europe, complete with ridiculous amounts of unpaid overtime. And most of the time we’re doing all this just to stand still, let alone make things better for ourselves. Cuts in services will hit everyone, and are already planned in those frontline services the Coalition pledged to protect, such as schools and health.

Can you rely on anyone else sorting out the problems you face? Probably not – the best you can hope for is to get support from those around you – friends, family, workmates. The elite tells us we must be reasonable and accept austerity. While we get nothing or pay cuts, boardroom pay for top UK companies soared by 55% in the last year. When it is suggested that top people in business or finance pay a bit more tax as they can afford it, or are regulated better to stop them bringing banks to their knees, they threaten to go elsewhere. If we threaten to withdraw our labour, we are subject to media ridicule and restrictive laws.

We need to stand up for ourselves and organise around the things that will improve our standards of living. Pay, conditions, work culture, where we live, where we study. If you are interested in fighting back, the Solidarity Federation is running training sessions for people interested in organising where they work (email training [AT] solfed.org.uk for more info).