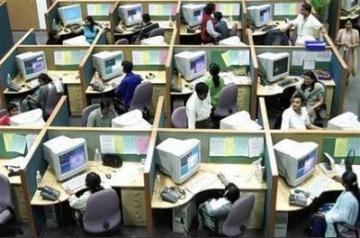 There are political and economic assumptions in the way the existing, social democratic unions organise. They think workers and management have common interests, and that it is in their best interests to form partnerships. For example, to win the support of bosses in catering for the National Minimum Wage, in 1997 Labour allowed them to include workers’ tips in calculating it, in spite of the NMW being a key election manifesto point.

Workers’ interests are considered to be those of the Labour Party or the union bureaucracy. Representation, where politicians, union officials, or lay representatives deal with management works to resolve problems without harming the latter’s interests. Business is seen as the goose which lays the golden egg, but we think that wealth is created not by business but by workers. In contract cleaning, for example, cleaners create the wealth but are sidelined by both unions and management.

Anarcho-syndicalists reject the idea that workers and management have common interests, and with it the idea of social partnership and the method of union representation. Many of us are members of the social democratic unions, but we try to organise at work in a different way. Anarcho-syndicalist workplace organising is based on six principles: class struggle; direct action; workers’ control; industrial unionism; internationalism; social revolution.

Class Struggle
The class war is the process by which workers are put in our place by management. The result is that workers are reduced from being human beings to being mere production units, and the product of our labour is owned by those who produce nothing. Employment law restricts or qualifies the rights of management to sack and exploit workers both because we are valuable to the business, and because replacing us is costly. Union representation is the application of this law to regulate management relations with workers, in the interests of the management. We want to end the exploitation of our labour to benefit parasites, and to be treated as human beings not human resources.

Direct action
Direct action is action taken by workers on our own behalf in our own interests. It is in opposition to the representation of workers by politicians and union officials acting on our behalf in their interests and those of management. It means taking action to force management to concede our demands by causing economic damage to the business. Unlike partnership, it rejects taking the interests of management into account and limiting demands and actions in order to avoid harming them. It can take many forms from boycotting management initiatives, changing working practices to benefit workers, going slow or working to rule, increasing production costs to striking.

Workers’ Control
The immediate purpose of workplace organisation should be to contest control of the workplace with management. When there needs to be negotiation any stewards have to be transformed from being representatives, whose role is to reconcile workers’ demands with the interests of management, into being delegates. Those delegates must be given mandates and decision-making must lie not with them but with the workforce at mass meetings. In order to establish workers’ control over a job, decisions have to be made collectively by the people who will carry them out.

Industrial Unionism
We advocate the industrial union, one union for all grades and trades of worker in an industry. In larger workplaces there are often also different contractors and subcontractors, with different pay and conditions and levels of union membership. Multiple employers make it even more difficult to legally organise effective industrial action. These divisions can only be overcome through struggle; through the giving and receipt of solidarity between different groups of workers and through common struggles in workers’ interests. We think all workers have common interests and, therefore, should act in solidarity with others.   However, the anarcho-syndicalist idea of industrial unionism is not to create One Big Union for all. Rather the union is made up of those workers committed to the anarcho-syndicalist aims and methods outlined here. Such a union would be run on a directly democratic basis, while it organises in the workplace through mass meetings which approach the struggle according to the principle of workers’ control.

Internationalism
Rather than demanding “British jobs for British workers” we have to act in solidarity with workers in other countries, and also with the migrant workers of many nationalities in Britain. Many migrant workers are working illegally, or semi-legally; their employers know this and use it to victimise them if they try to organise. The system of immigration controls undermines the ability of migrant workers to organise to improve their conditions. Allied to the scaremongering about immigration in politics and the media this reinforces the idea that they are second-class workers who should be paid less, and therefore allows bosses to undercut the pay and conditions of British workers.

Social Revolution
The underlying purpose of workplace organisation should be social transformation. Workplace organisation should not leave “politics” to political parties, but should address them itself. That means producing propaganda which doesn’t restrict itself to “bread-and-butter” issues like pay and conditions. It also means unions which organise geographically across industries on a federal basis, and use that geographical organisation to tackle social issues outside the workplace. Decision-making power must always rest with the membership of the union, or with the working class, as a whole; those who are delegated to carry out those decisions must always remain in possession only of a mandate and hold no power to make decisions on our behalf.