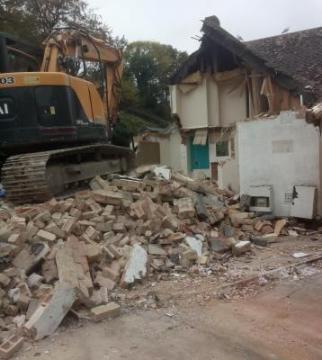 Our NHS is in crisis: doctors' surgeries in Brighton are closing down, A&E waiting times are getting longer, hospitals are shutting up shop - and the sick and old are being left to die on hospital trollies.

The care system is in an even worse state: poor wages and criminal working condition mean there just aren't enough carers.

Here in Brighton most council contracts are privatised, and carers are often employed illegally: paid below the minimum wage, denied paid holidays, being forced to work long and unpredictable hours on zero-hours contracts and left to work without adequate training or supervision.

Of course the price of this isn't just being paid by the health and social care workers at the sharp end, it means health and care services are getting worse for all of us.

While traditional politicians argue about who can sort the problems out - and while they all claim to be spending more money than ever - the reality is that things are getting worse, with NHS and council care budgets being cut, 'Brexit'  causing a recruitment crisis, and doctors even being forced to become unpaid border guards by vetting patients' immigration status before giving treatment!

Traditional trade unions have shed plenty of crocodile tears too - but do nothing other than organise the odd protest march, issue the odd pamphlet and back down.

Solfed is working with health and care workers to try and make things better through workplace organisation.

We are currently supporting care workers fight unfair dismissal and illegal pay fights, as well as disabled and vulnerable adults to make sure they get the care they're entitled too - and that poor housing doesn't make their conditions worse. And we're working with other groups to oppose inhumane immigration rules being forced on the sick too  - see  docsnotcops.co.uk.

By collectivising workers' grievances - and using direct action to represent the needs of the vulnerable - we're making a small but real difference.

And the election on June 8th is, at best, a distraction. At worst, it's a ploy to lull us all into the belief that voting for any of the candidates will help sort this out.

If you've got a spare couple of hours to make our NHS and care systems better for everyone, don't waste them voting. The problem is cuts and privatisation driven by capitalism – and voting for anyone is a vote of confidence in the system that's got us in to this mess in the first place. Join us instead.

photo: demolition of a GP surgery in Bevendean

This article was published on 15 May 2017 by the SolFed group in Brighton. Other recent articles: