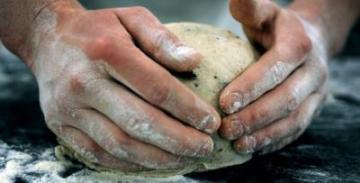 The last 18 months have been quiet for Solfed as a lot of our activity consists of using direct action to challenge employers and landlords. Lockdowns, “social distancing” and online meetings and activities all work against the physical solidarity that this needs. As a local we continued to meet in the virtual world, checking in on each other, having discussions and offering support.

We also continued to be contacted by workers and tenants with issues related to their work or housing. People were invited to meetings to discuss it but online meetings can be exhausting and strange. We discovered how different it is to meet someone for the first time in a little box on a screen compared to being in a room with all the social cues that come with it. For many it was too much and the consequence of sharing difficult issues with strangers on screen meant that they didn’t return. We all shared the frustration of that.

One of the successes we had during this period however was supporting a worker through a grievance process with their employer. This was a baker who we’ll call Peter (not his real name). One of our members acted as his union official in meetings and negotiations. They relate their experience of the process below:

“Peter contacted us by email about bullying at his workplace. He knew about us because he had attended one of our workplace organiser training days a year or two before. He said he’d started a formal grievance procedure against his employers because they hadn’t dealt with harassment he’d been suffering. His employer was setting up a grievance meeting with an outsourced HR consultant and he wanted someone to accompany him.

“We exchanged emails and I met with him online to discuss the details and consider what he wanted out of the process. He said would be prepared to leave the job with fair compensation but felt that it would be wrong for those harassing him to stay. He felt they should be moved out of the bakery, not him.

“I sat in on a four hour online meeting with the HR consultant and Peter. The consultant made a lot of positive statements about listening to him and allowing him to voice his grievances. The meeting was draining but it was fairly positive. During it Peter and I kept in private communication by phone, pausing the meeting at one point to discuss his moves.

“In the days and weeks that followed it became clear that the employer was not going to effect any satisfactory changes for Peter. Not only did the HR report take far longer than promised, but Peter received emails that were so inconsiderate of his position (he was on long term sick from stress at the time) that they amounted to hostility.

“Eventually he received a very disappointing report into the grievance with very little on offer to move the situation on. We had stressed in the meeting that it was up to the employer to offer solutions, not Peter. But they didn’t care. Shortly after this he received an email as part of a ‘protected conversation’ in which they offered him a financial settlement to leave. Being thoroughly disillusioned with the company by now (a so-called worker owned cooperative), he wanted to leave so it was now a negotiation to get the best settlement.

“The process comes under Section 111A of the Employment Rights Act 1996 (information from ACAS about it is here: https://www.acas.org.uk/code-of-practice-settlement-agreements/html ). All communication was done through Solfed because of the risk of Peter feeling intimidated, but any decisions about what was acceptable or not were entirely his. Every offer was checked through with him and we discussed the implications of all of it. He was very clear when he felt he was being short changed over individual matters and let me know what he wanted. My job was then to relay this in as uncompromising a manner as possible. Keeping up an aggressive tone put them constantly on the back foot and they caved in over a number of things. But this was all about standing with Peter, not taking over. Even though this was individual case work, I never thought of myself as mediating between Peter and his employer. It was all about backing him. The outcome of all this was that Peter got his settlement and has been much happier out of the situation. He has since joined Solfed.

“What I learned out of it is that even if these legal negotiations and frameworks are not our preferred arena of struggle, as long as we keep to the same militant attitude it can get results. More importantly it can offer the worker a feeling of being supported by other members of the class, not because they are paid (like a mainstream union official) but because of the principle of solidarity.

“It was a lot of work for me personally having to respond to numerous emails and discussions, but I never felt I was facing it alone because I was constantly able to communicate with other Solfed members and draw on their advice and support. We also kept the possibility of other actions against the employer very much alive in the background if the settlement agreement did not work as a resolution. In those circumstances we would have escalated it to a public campaign. Like everything we do it was a collective effort.

“Workers often lose out in grievance procedures because they are exhausting and stacked in favour of employers. What this case shows is the importance of being supported through such a process – a bit of solidarity and we can turn the tables.”

Do you want to support your workmates and organise in your workplace? Then get in touch. SolFed holds regular workplace organiser training workshops, open to all workers.

This article was published on 30 December 2021 by the SolFed group in Brighton. Other recent articles: